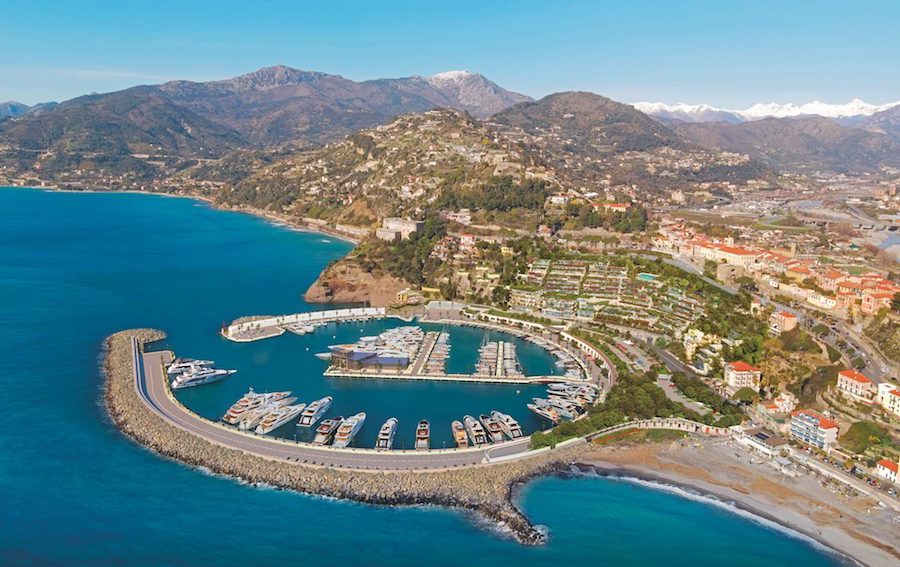 The town is getting a new lease of life and is expanding westwards thanks to large-scale construction projects that are currently underway.

Until a few years ago, the City of Flowers seemed to be slowly dropping off to sleep. The town was gradually declining and its beauty was fading. However, in recent years, the town has come back to life, thanks in particular to a large-scale project.

The new Ventimiglia Marina is rejuvenating the Italian town.  Robert Thielen, a wealthy Dutch businessman and Monegasque resident, is the main promoter. Mr Thielen has invested more than 200 million euros in several projects in the heart of the town. The aim is to develop the City of Flowers into an international tourist destination.

His interest in the Italian town was sparked in 2018 with the discovery of the third Monegasque port under construction in Ventimiglia. The Dutch investor discovered the town through the Cala del Forte port, and immediately fell under its spell. In tandem with the construction of the Monegasque port, Robert Thielen got his own innovative projects underway.

Marina Development Corporation and the BDF investment fund are in charge of the “urban regeneration project”. The area above the port of Cala del Forte, Borgo del Forte, comprises 57,000 square metres that are ready to be developed and improved, with a focus on parks and gardens. With five-star hotels, spa, restaurants and flats, the landscape above the port is being transformed as the work progresses.

The La Rocca restaurant, on the western edge of the town, has every chance of being the new trendy venue in Ventimiglia. With a surface area of 805 m², the restaurant will have two large terraces with views of the Mediterranean and the Marina.

Also in the newly created neighbourhood, Club Italia Piazza della Costituente will put down roots in existing buildings that are to be completely renovated. Restaurants, bars and shops will be spread over the different levels of the former ICA structure.

Finally, at the other end of the city, to the east, Robert Thielen thought about creating a Campus. A good idea that could bring in younger age groups and raise the town’s profile. The Borgo del Forte Campus will occupy 30,000 m². In addition to an international school, it will house an Olympic swimming pool, a fitness centre, squash courts, tennis courts and large green spaces to enjoy the surroundings.

With the projects in Ventimiglia well underway, Robert Thielen has already found the next location to improve: the Marina di Pisa.