In 2011, he immortalized the love between Prince Albert and Princess Charlene for Madame Figaro magazine. Having passed away on February 19th, Karl Lagerfeld was a dear relation of the noble family. The Princess of Hanover, in particular, had a long and rich friendship with the great fashion designer.

“He influenced me, enriched my life, the list of what he gave me is very long. He was absolutely a central figure in my life, that’s for sure, but I’m sure to not be the only one saying that,” the Princess of Hanover said of Karl Lagerfeld in the December 2016 issue of Vogue. The latter has since passed away on February 19th in Paris at the age of 85.

For 45 years, a longlasting friendship linked the genius creator and artistic director of Chanel with the Monegasque princess. A relationship nourished by many shared moments, both public and private: charity galas, awards, Fashion Weeks, mundane parties and even family vacations… Not to mention staging the Rose Ball, an undertaking they performed together each year.

The creativity of the “Kaiser”

President of the Princess Grace Foundation of Monaco and beneficiary of this great charity gala, Caroline of Hanover had made Karl Lagerfeld the event’s standing architect. The “Kaiser” then gave free rein to his creativity. That is how the Salle des Etoiles inside the Sporting Monte-Carlo successively transformed to pay homage to the Belle Epoque in 2013, Russian Futurism in 2014, Art Deco in 2015, the Cuban vibe in 2016, Viennese romance in 2017 and most recently the urban gigantism of New York in 2018.

Each year, a Chanel gift was also offered to the 800 guests. It is a highly awaited event, as it unofficially launches festivities season in the Principality. For the 2019 edition, Karl Lagerfeld had already thought of everything with another splendid concept to bring to life. Princess Caroline has already decided not to change a thing, giving one last exciting tribute to the memory of her dear friend. 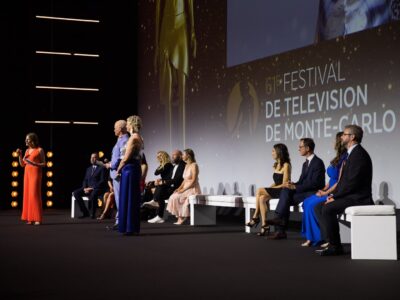