This is sure to be a meeting they will remember for a long time. Monegasque elected officials made a study trip to the Vatican where they had the opportunity to meet with Pope Francis.

From February 1st to 3rd, the twenty-four members of Parliament made an educational trip to the Vatican. Under the leadership of the Archbishop of Monaco, Monsignor Bernard Barsi, the Monegasque co-legislators met with several senior members of the Curia to better understand the functioning of the Holy See. In particular, they exchanged with Bishop Paul Richard Gallagher, Secretary for State Relations of the Secretary of State – the equivalent of the Vatican Foreign Minister – and Monsignor Bruno-Marie Duffé, Secretary of the Dicastery – or Ministry – for the service of integral human development.

The politicians’ audience with Pope Francis was the highlight of this trip. In his speech to them, the sovereign pontiff reminded the elected officials that their mission is “to work together, tirelessly, for the common good.” He praised the “long and beautiful tradition of commitment to the environment, especially with the Albert II Foundation of Monaco.” He also recognized the help given to “distress of all kinds, in partnership with the Catholic Church and other Christian denominations, as well as many NGOs.”

“I think we are all coming out of this meeting with the Pope strengthened in the idea that, more than ever, Monaco must be a model of solidarity,” explained the President of the National Council, Stéphane Valéri, adding that “our social model is exemplary, it leaves no one on the roadside and that it is important to preserve and constantly adapt to what the future holds.”

The weekend ended on Sunday with a Mass celebrated at the tomb of St. Peter and the visit of the Basilica of the same name. 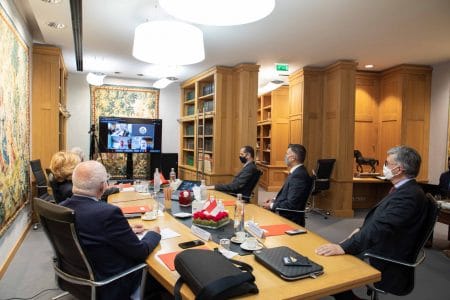 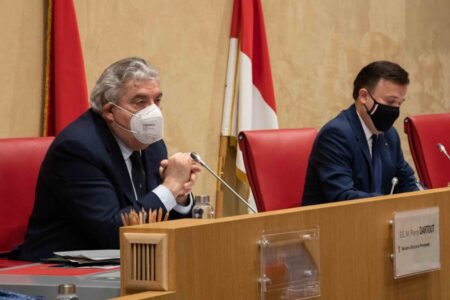