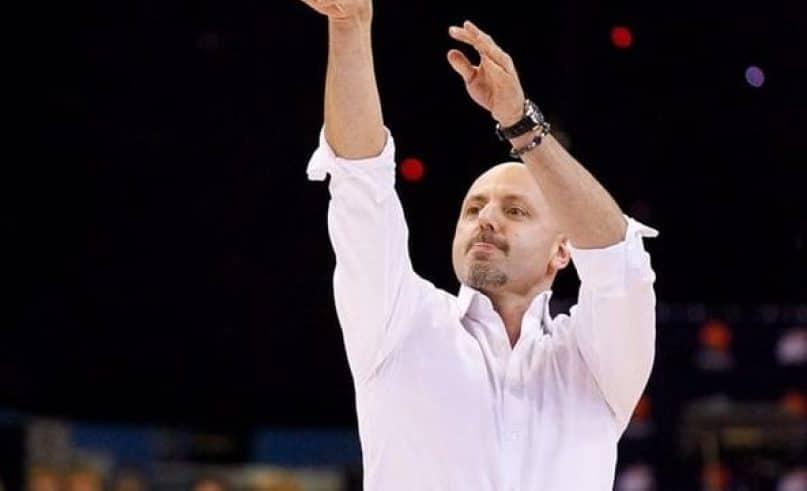 Officially appointed as coach of the AS Monaco Roca Team this past Monday (February 25th), Sasa Obradovic is inheriting a team that has struggled across most competitions this year.

The feeling had been circulating for the last few weeks. Eliminated from the EuroCup after qualifying for the Top 16, a missed qualification for the Leaders Cup for which the team is the three-time defending champion, and consistently troubled in league play… In light of all these things, AS Monaco has formally separated from coach Sasa Filipovski. To replace him, the leaders of the Monegasque squad has enlisted Sasa Obradovic. The Serb, who has signed a two-year contract, has been leading the Roca Team’s training sessions since last week. He might even officiate make his first appearance on the bench next Monday when the team returns to Jeep Elite play, with Cholet coming to the Salle Gaston Medecin.

Coach of the year

Renowned for his severity and rigor, last year the 50-year-old Serb led Russian side Krasnodar to the final of the EuroCup, where they lost against Darussafaka Istanbul. Appointed European coach of the year, he nevertheless separated amicably from the Russian club in early November. That left Obradovic free to engage with the club of his choice. The former three-time European champion and world champion with Yugoslavia (in 1998), Obradovic was coached by Cologne (Germany’s 2006 champion), where he ended his playing career. Evidently, the opportunities awaiting him following this free agency period were abundant.

Current Monegasque executive director Oleksiy Yefimov knows him well since the two men previously worked together in Kiev and Donetsk, the club with which Obradovic won the Ukrainian championship in 2012. “From my experience in Donetsk, I know the president, with whom I have already worked. Since my departure from Donetsk, we have remained in contact. Why Monaco? Precisely, the fact of already knowing the direction ensures that I am arriving in a place where people love me and trust me,” the new Monegasque coach shared with RMC.

On the Rock, Obradovic takes the reins of a team that is stagnant at ninth place in the championship, a competition that saw the same team finish at number one in the regular season for the last three years. Regularly plagued by injuries, the Roca Team is relatively successful on the defensive end but has lacked a consistent attack – one of its strengths of past seasons (79.9 points on average). There is an urgency to solve collective concerns in order to quickly move up the rankings.

“Get involved in the long term”

Aware of the immediate issues, Obradovic has no less “the ambition to get involved in the long term,” as the club said in a statement. “The AS Monaco project is as solid as it is exciting, so I agreed to take up the challenge,” said the former coach of Alba Berlin.

“I usually put a lot of heart into what I do and I like to see the team get down to the floor. Together, we will do everything possible to develop AS Monaco’s performance at the highest level,” he added on the club’s official website.