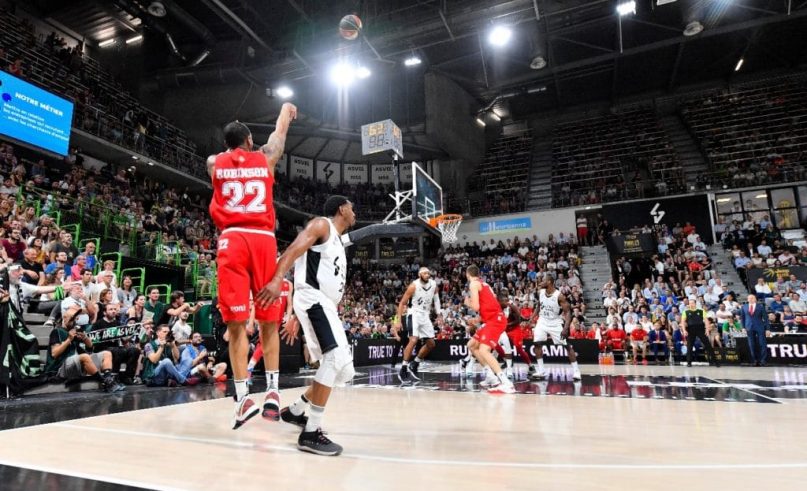 The second round of the Jeep Elite final last night at the Astroballe strongly resembled the first one. Outmatched from the start, the Monegasques came back late in the game but failed to turn the tide.

Defeated Saturday (71-81) in the first round, the Monegasques lost their second game of the Jeep Elite final against ASVEL last night at the Astroballe (67-73). Except for the end of the game, where they showed a nice burst of pride, the men of Sasa Obradovic were never able to implement their style of basketball. The Roca Team suffered intensely in the first half, scoring only 24 points. The gap was widened at the break (40-24) thanks to the activity of 18-year-old Villeurbanne stud Théo Maledon (12 points) and the success of DeMarcus Nelson (10 points).

After the break, the match started up again with the same rhythm until Sasa Obradovic let out a huge burst of anger at the end of the third quarter. Removed from the bench by the referees, the Monegasque coach’s energy nevertheless took effect on his players. Finally showing a more aggressive front, the team came back in the middle of the fourth quarter. In spite of the efforts from Paul Lacombe and Yakuba Ouattara (9 and 10 points), Villeurbanne held out.

The third round will take place this Thursday in Monaco. On home court where the team has not lost a match in 2019, will the Roca Team manage to turn the series back in their favor? Sasa Obradovic is convinced: “The important thing tonight is that we could have won this match. We did not give up and we were strong as a team. We return home confident, to protect our court.” He said after the meeting. See you at Gaston-Médecin!