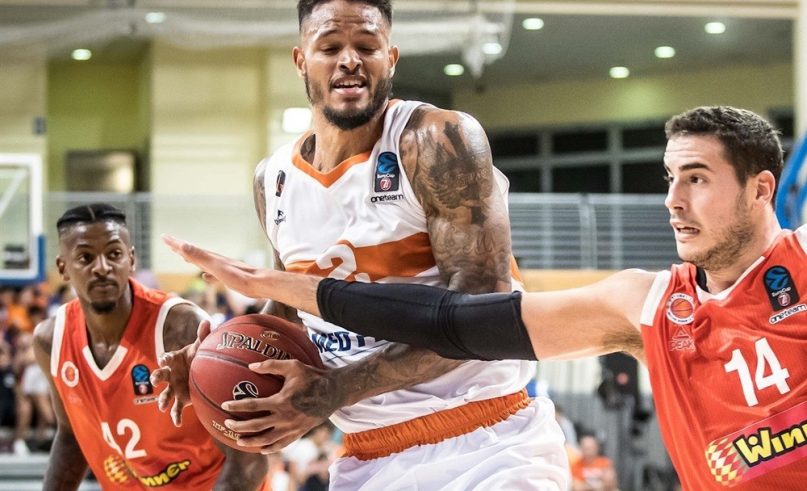 Solid as a rock, the Monegasque team came out to win last night in Greece on the gleaming hardwood of Promitheas Patras (77-74). This second victory in two games in Eurocup play confirms the cohesion of the team’s talented roster, which has the ambitions to go very far this year.

Being reigning vice-champion of Greece is no little affair. But being vice-champion of France imposing yourself on the former’s court against the formidable Greeks of Patras is indeed something! The Roca Boys did it and this impressive performance against Promitheas revealed all the ambition of this team, which was put together to go very far this season. Yesterday, on the floor, we enjoyed the play of Dylan Ennis (19 pts, 4 rebounds), Eric Buckner (16 pts, 4 rebounds) and Anthony Clemmons (13 pts, 4 rebounds), who all laid the foundations of a well-deserved victory (42-32 at the break).

Of course, Patras pushed, and hard. From the beginning of the 4th quarter, the locals started to climb back on the scoreboard, but the Roca squad was solid and supportive. Just seconds from the buzzer, Anthony Clemmons made his last two shots. The victory was sealed! “Our defense was the key, especially on the Promitheas 3-pts shooters. In the second half, we were less efficient offensively but the defense remained strong,” said Sasa Obradovic on the club’s official website.

Still undefeated this week, ASM wants to complete the dream by taking down Limoges this weekend…