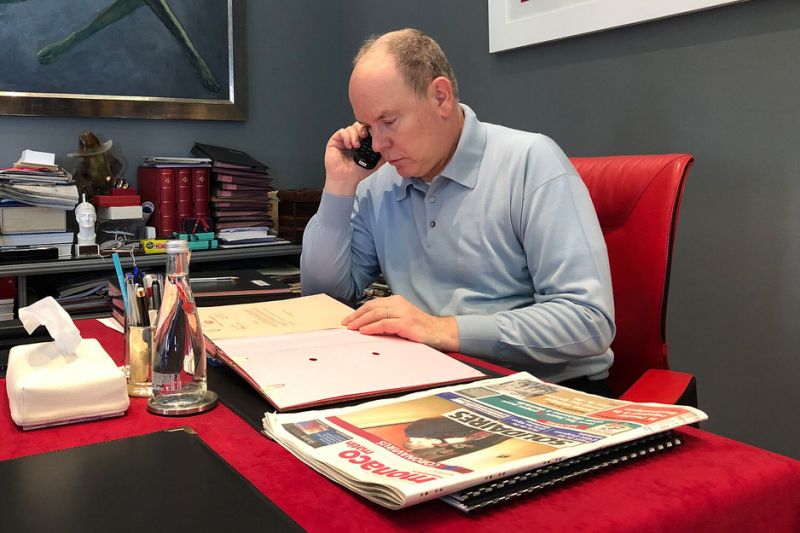 As the first head of state in the world testing positive for COVID-19, Prince Albert II of Monaco revealed this week the condition of his health and how the Principality continues to combat the spread of the novel coronavirus. Confined to his private apartments, he gave two telephone interviews to RTL and Monaco Matin, assuring his symptoms are “very manageable” and asking people “not to give in to panic or hysteria.”

Some mild symptoms first appeared Sunday 14th March and, given his proximity to Minister of State Serge Telle, who had already been confirmed as positive with the virus, he decided to do a test. The result came back positive three days later. Describing his current state the Prince, who previously suffered from pneumonia, told Monaco Matin that “it is a kind of pre-flu state but it’s not really a serious flu. I cough a little bit but it’s not serious compared to what you can get if you have a bronchial infection. These are very manageable symptoms at the moment and I hope it doesn’t progress.”

His medical team are closely monitoring him, but there is no formal course of treatment prescribed such as the experimental drug chloroquine. The Prince confirmed that he has not suffered any loss of taste or smell, a symptom which appears in more serious cases of the virus.

“At this stage, I have just been told to continue [taking] paracetamol, to take my temperature regularly as well as the oxygen saturation level in my blood, which can be done very easily with a small needle to the finger,” reported the sovereign. “I still take a lot of vitamin C and natural supplements to strengthen my immune system. There are also some very good eucalyptus capsules to strengthen the lung resistance.”

Given the widespread media coverage of the tragic number of deaths the virus is causing, the sovereign wanted to reassure residents of his state. “I am not in a hospital bed (touch wood),” adding, “I continue to work in a reasonable manner of course, I’m not going to do more than I have to, but you have to live as normally as possible even if you’re confined.”

Since the Head of State and one of the the government’s most important ministers both are currently suffering from the virus, Prince Albert II was quick to assure that the Principality’s authorities remain stable. “We are not physically present on the ground, but that should be the case for everyone, since everyone should be confined,” stated the sovereign, “There are no particular events that need to be presided over, so of course everyone’s responsibilities continue to be exercised, even if it’s confined to their office or their apartment. The other members of the government are well and are the ones who will represent the government this Thursday evening at the special session of the National Council.”

Whereas there are no other positive cases in the Prince’s direct professional circle, he expects some to appear.

In regard to the Princely family, the sovereign said that Princess Charlene and their two children do not present any symptoms of coronavirus. To limit the spread of COVID-19 even to his loved ones, the Prince has not seen his family since Sunday 14th March.

“The virus does not choose this or that category of people”

The sovereign, wishing to remind Monaco’s young adult population that they must be responsible during this lockdown period, appealed to their sense of collective unity. “The virus does not choose this or that category of people. We’re all in this together. We must absolutely follow the recommendations and instructions, and all this is not insignificant. When we are healthy, we are able to resist the virus, but those who are in poor health are the most vulnerable. We have to think about them.”

“I know that when we are young we want to be above all that and think we are invincible, but it can strike anyone, at any time.”

As an ex-Olympian, the Sovereign also displayed his hope that the 2020 Tokyo Olympic Games would take place with an expected 2 or 3-month delay. Yesterday, it was confirmed that the International Olympic Committee had chosen to postpone the event by a year.

As of 25th March, it is estimated that one third of the global world population is now living under lockdown.

To follow live updates of the COVID-19 situation in Monaco, go to our live feed. 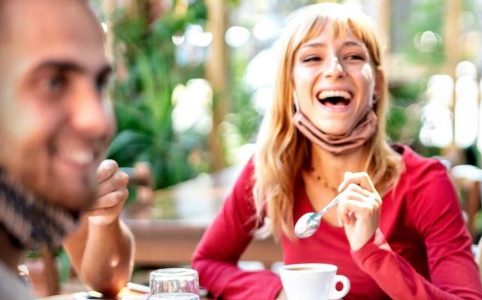 End of compulsory masks outdoors in the Principality 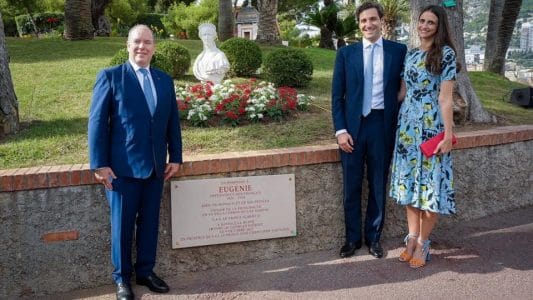