How AS Monaco and its players are coping with the pandemic 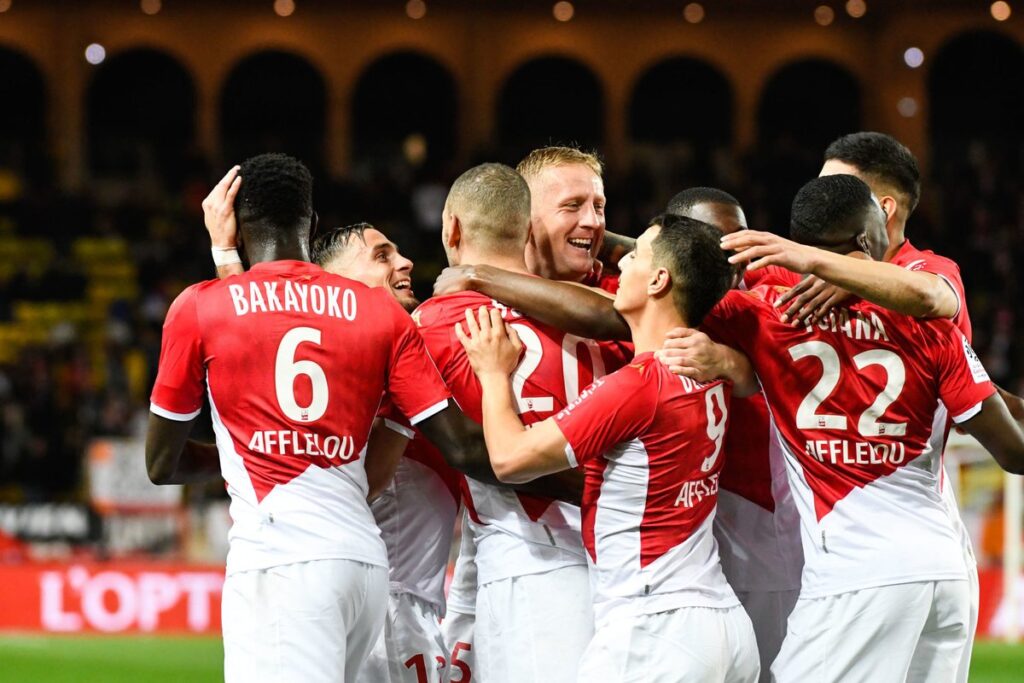 Having been deprived of group trainings for almost a month, Robert Moreno’s men have no choice but to keep fit at home with individualised sessions provided by AS Monaco fitness trainer Juanjo Del Ojo. Cesc Fabregas, Tiémoué Bakayoko, Keita Baldé and Kamil Glik are just some of the ASM players who have expressed their views on daily life under lockdown.

A video, a handful of seconds long, has made the rounds on social media. On the fourth day of confinement, Cesc Fabregas stood on his terrace overlooking the sea and Monaco’s port and greeted his neighbours. They did not fail to answer him in a less than savoury manner.

Day 4 of isolation and people are getting really tense up here… 🤣 #CoronaVirus #YoMeQuedoEnCasa 🙏🏻 pic.twitter.com/oK0i6YK6Qk

The Spain international midfielder was not at all offended, instead replying similarly to the abuse. He confided in Marca, a Spanish sports newspaper that “I’m using this time to do things that I was rarely able to do during my career. I wake up, I have breakfast with the kids, I eat with them, have dinner with them, I put them to bed. It’s a privilege that we have to appreciate.”

As far as his routine is concerned, Tiémoué Bakayoko opened up to the regional newspaper Nice Matin. “I go running sometimes, I practice with the ball, so I don’t lose the movements, and I also do some weight training. But it’s not easy. It’s strange to go from spending the majority of your life in a group, in the changing room, to nothing at all. I don’t know if we’ll be able to restart the season, especially as we won’t be physically fit after such a sudden stop,” said the French international, surrounded by his family in these difficult times.

“There are seven of us at home, all different ages. Now is for spending time with our families and loved ones. I wanted my mother to leave Paris and join me here because I’m concerned for the elderly, but she didn’t want to. You have to be patient because nobody has control over all this. I’m worried, whoever isn’t is crazy.”

Keïta Baldé: “Football is an innate ability … we never really lose the sense of the ball”

Keïta Baldé, speaking to Monaco Info, expressed his happiness at being surrounded by his family. “The lockdown is going rather well. My family and I try to be positive in every way. I’m very happy to be with my wife and son during this difficult time.”

To keep up the pace of ASM’s schedule, even far from La Turbie training ground, the Senegalese international is training with the few means at hand. The coach and rest of the staff keep in constant contact with the team.

“They send us specialised training programmes and nutritional plans every week,” said the former Lazio Rome striker, who is truly yearning for the pitch. “We definitely miss football, matches and training. But football is innate. We never really lose our sense of the ball.”

To stay in shape, Kamil Glik spends his days “with his family, training alone at home” thanks to the programmes provided by the club, as he revealed in Gazzetta dello Sport. “Each one of us has a fitness tracking watch and this how the trainers monitor what we do. We try to do our best.”

How’s the club coping with the situation?

Still facing these unprecedented times, AS Monaco, like the rest of the clubs in League I, is waiting for the return of the championship. As things stand, all players are out of work while still being paid. In several European clubs, based across Italy, Germany, Spain and England, players have given up part of their salary upon realising that clubs have no way of making a profit during the pandemic. In France, a commission created by the League of Professional Football (LFP) has agreed on a temporary reduction in players’ wages. Players will, however, receive the full amount at the end of the season.

With an economic model based primarily on trading players and with little or no revenue from ticket sales and merchandise, AS Monaco could suffer if transfers are disrupted. Indeed, prices, which have soared in previous years, may be falling to levels not seen in a long time. Dmitry Rybolovlev’s club will also have to deal with the uncertainty surrounding its many loaned players (nearly 20 in total). What’s more, the club spent a lot during the last transfers to change the coach and bring in expensive players. The club’s finances are already struck by the economic crisis that is affecting all of French football, notably with a freeze on TV rights payments, as Canal+ and BeIN Sports are currently refusing to pay the final LFP rights payment.

Will players be willing to take the cut?

In France, players have not yet appeared open to the idea of reducing their income to prevent clubs from suffering substantial economic losses. So far, ASM players have not shown the same kind of initiative as their colleagues, particularly at FC Barcelona, where Lionel Messi and the entire team have reached an agreement to lower their salaries. To date, they have been receiving a large part of their salaries despite the season suspension. While enjoying life in one of the most peaceful and secure countries in the world, ASM players also do not pay taxes in the Principality. Robert Moreno’s players are therefore among the best to set an example with a gesture of solidarity that would relieve the club’s treasury and show their gratitude to the Principality.