Violinist Alexander Gershovich has worked at the Monte-Carlo Philharmonic Orchestra since 1991. We spoke to him about what happens backstage at concerts, why young people rarely go to concert halls, and calculated how many minutes a day you need to listen to classical music in order not to start finally loving it. Spoiler – only 10!

You were born in Minsk, you studied at the Moscow Conservatory, and now you work in Monte-Carlo. How did you end up in Monaco?

In August 1991 I was on tour around Europe with the State Chamber Orchestra of the USSR. On August 19th we had a wonderful evening in Spain and ended up sitting by the seashore at a dinner arranged in honour of the concert. One of our cellists went up to his room for some reason, and he came back down, with gray hair, and just said, “there’re tanks in Moscow.” (August 19, 1991 – date of the August putsch, editor’s note). My European friends told me: if you can, do not go back to the USSR. I didn’t go back and  just a couple of days afterwards, the Soviet Union collapsed. So I always joke that I am the last Soviet “non-returnee”.

In Europe, I immediately started participating in competitions in different orchestras. By October 1991, I applied to play in Nice and Monaco. I was accepted to both orchestras. I chose Monaco and still do not regret it.

How international is the Monte-Carlo Philharmonic Orchestra?

Very international! When I arrived there was still a lot of American influence; because of Princess Grace, Monaco felt like a US colony. But all European nations were represented in the orchestra. Gradually musicians from Eastern Europe arrived, and we still have Hungarians, Romanians and Bulgarians playing here. Of course, there were also a lot of Italians.

For a very, very long time, I was the only representative of Russia  in the orchestra. And not only in the orchestra – for many years I never met other Russians in Monaco! It was only through stories that I knew that another Russian person was living here – Tatiana Scriabin, Scriabin’s daughter. (Alexander Scriabin, Russian composer and pianist, editor’s note). She was already 90 years old at the time.

We often talk about the differences between performing schools in different countries. Are there such differences, can they be felt in the orchestra and, if so, how are they overcome?

The differences between schools can be felt, of course, but professionalism in the work place prevails. No matter what country a person is from, if he is a good musician, he will always find a common language with his colleagues. For example, if a conductor who studied in the USA asks to play certain strokes that musicians who studied in Europe are not used to, they will calmly adapt to conductor’s needs.

There are good professionals working in our team. Competition for places in the Monte-Carlo Orchestra is very intense, with more than a hundred people applying for one spot. In recent years I’ve been sitting on a jury and enjoying myself even more than at international competitions. 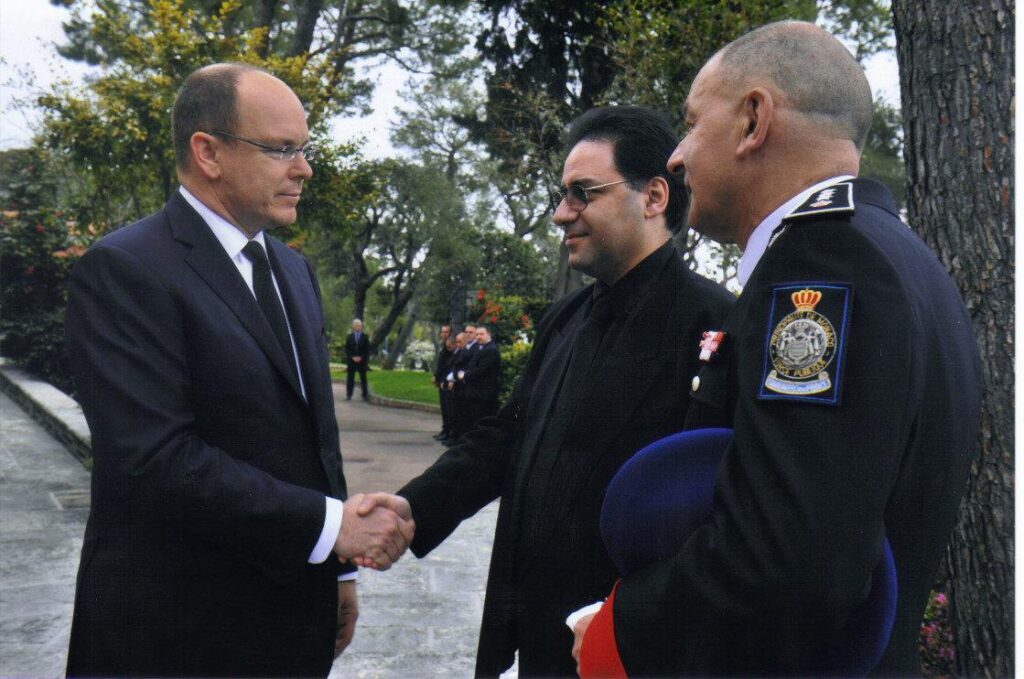 How does the orchestra prepare for a concert?

The orchestra has a strict rule – let’s say the “constitution” of the orchestra – which sets out the permitted number of working hours per week. The rehearsal schedule is planned according to it. On average we have three or four rehearsals of three hours each for a new programme, followed by a dress rehearsal and then the concert itself. For example, if the concert is on Sunday, we start on Thursday. But, of course, some brilliant conductor could come, rehearse for two hours and say that tomorrow we are free. It’s rare, but it happens. For example, Yuri Temirkanov is a genius who can work fast.

Do rehearsals for operas last longer?

There are three preparation stages before the premiere. At first, the orchestra rehearses without soloists or sets. For Mozart’s or Rossini’s opera one rehearsal per act is sufficient, but for Richard Strauss or Wagner, the numbers will be much higher.

In the next stage, there are one or two rehearsals with singers and the chorus but without a production. And only then do the stage rehearsals begin – the average day per act.

According to this principle, there are four or five premieres in a season. Each opera runs for only three or four nights, and that’s all – next season there will be other productions. Sometimes it even hurts to look at it, because so many decorations and costumes just get sent to the warehouse! At best, this opera can go on tour.

World-class conductors have worked with your orchestra. Who do you remember most?

It’s tough to know what makes a good conductor. What’s more, there’s the ongoing question about what he’s there for. And it is true that most modern orchestras just do not need conductors! Although, of course, there are always those who can change everything.

For example, I loved working with Giuseppe Sinopoli, with the wonderful conductors Marcello Viotti and Walter Weller, with the charming Georgian conductor Giansug Kakhidze. He was a big name in the Soviet Union and was the first to perform almost every work by Gia Kancheli. Kakhidze worked a lot and went on long tours with us – it was always great.

We work with great pleasure with Yuri Temirkanov, and the concerts with him are always outstanding.

There’s a reason why I started by asking what a good conductor is: everyone musician will have his own opinion. That’s where the school difference that we talked about at the beginning starts to come into play. For example,  Eastern Europeans want to see depth and content in music.

Some think that very few young people go to concert halls. Do you believe there is such a problem?

When I first started my professional life, it seemed to me that only people of, to put it mildly, retirement age were sitting in the hall. My peers and I thought that all of them would die, and no one else would go to concerts. But it’s not the case.

It’s just that music is a kind of art that requires a slow perception of the time that comes with age. And young people’s lives are busy: they are shaping a career to earn more, to raise children, to help them build a life. That’s why they’re not interested in classics now, not because they’re, for example, uncultured.

But when their children grow up, they will be left alone in the house and suddenly feel calm, then go to theatres and concert halls. I am optimistic about this because I have worked for many years, and several generations of listeners have changed before my eyes. In the hall, I see my peers who twenty years ago would never have thought of going to a concert!

This music, as a rule, attracts more adults, but some people grow up fast, so there is always a percentage of young people in the halls.

Finally, what kind of works would you advise to listen to, so as not to lose heart over what is happening in the world?

I would advise everyone to choose for themselves and that you should listen as much as possible. You don’t have to listen to the symphony to the end to see if you like it or not. If you’re not interested by the fifth minute – turn it off and listen to another symphony, chamber music, or maybe baroque music. After all, there is an incredible number of styles in what we call classical music. There are so many eras from Handel to Gershwin – from Baroque to Jazz! If you say you don’t like classical music, you just don’t know it.

You can take 10 minutes a day to listen to a variety of classical music to compare and choose what’s closer to your heart. Let’s call it a “tasting.” It’s only when you taste different wine that you can understand what you love.  I would recommend the same principle with music.