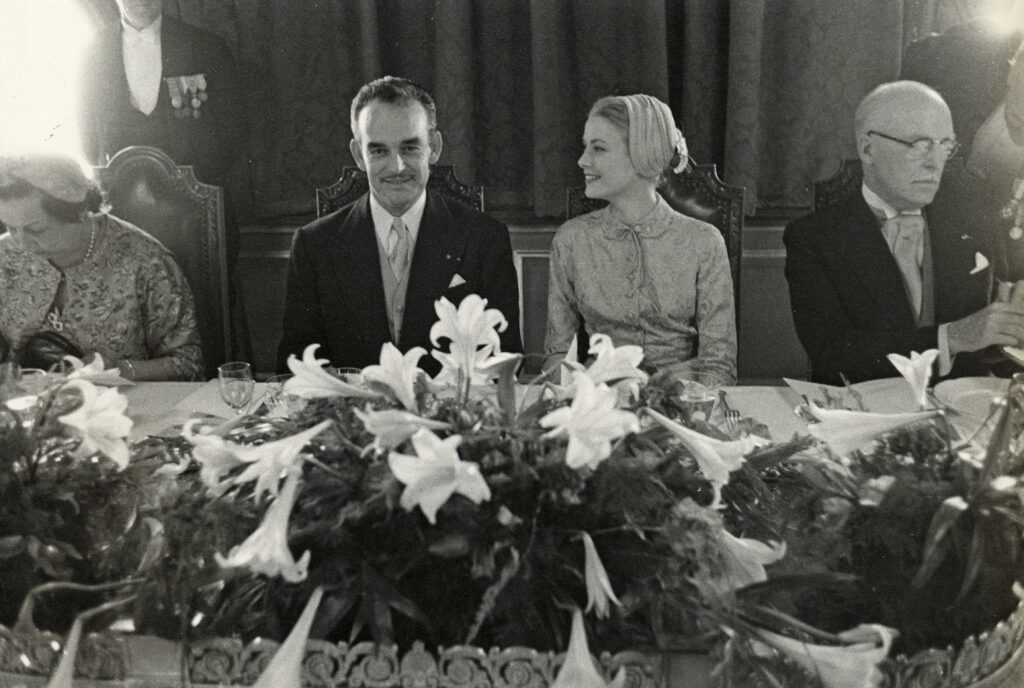 This weekend marked the 64th wedding anniversary of Prince Rainier III and Grace Kelly, one of America’s leading actresses of the 1950s. During the two-day celebration held across the 18th and 19th April 1956, the couple were to begin a marriage heralded by many Americans as a fairy tale.

The civil marriage took place on 18th April in the Palace’s Throne Room. Surrounded by their loved ones, including parents of the groom Princess Charlotte and Prince Pierre, a lunch followed. Kelly wore a rose-coloured lace dress.

One day after, they celebrated the religious union in Saint Nicholas Cathedral where the ceremony was led by Bishop Gilles Barthe, Bishop of Monaco. Her wedding dress, considered one of the most recognisable of all time, was a gift from MGM Production Studios. Its high neckline, pearl and Brussels lace adornments and multiple petticoats, have inspired other wedding dresses such as that of the Duchess of Cambridge, Kate Middleton. The veil was 82 metres long. 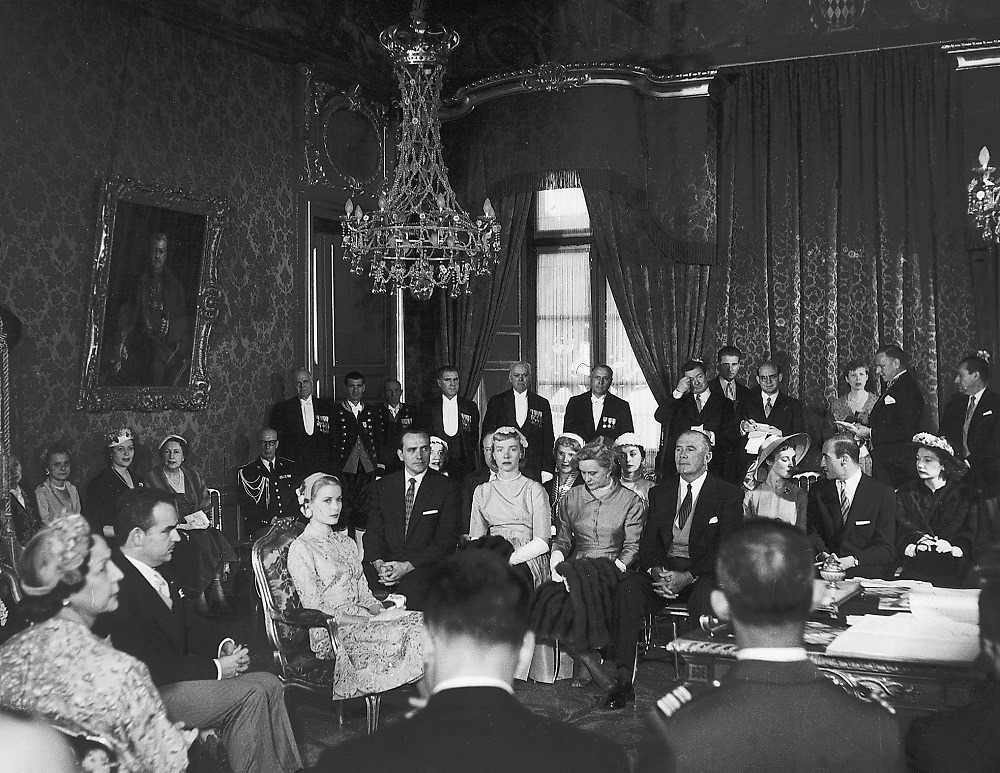 The beautiful photographs of the newlyweds were taken by Fernand Detaille. Pictured below, in the Gallery of Hercules in the Palace, the couple recreated a photo taken less than a year earlier in the same place, on May 6th 1955, on the occasion of their first meeting.

Roughly 600 guests were present at the ceremony, the star-studded list including other film stars and socialites such as Cary Grant and Aristotle Onassis. The menu included lobster, caviar and a 200-pound wedding cake.

Seven weeks after, they returned from their honeymoon – a trip around the Mediterranean in a yacht gifted to them by Onassis. 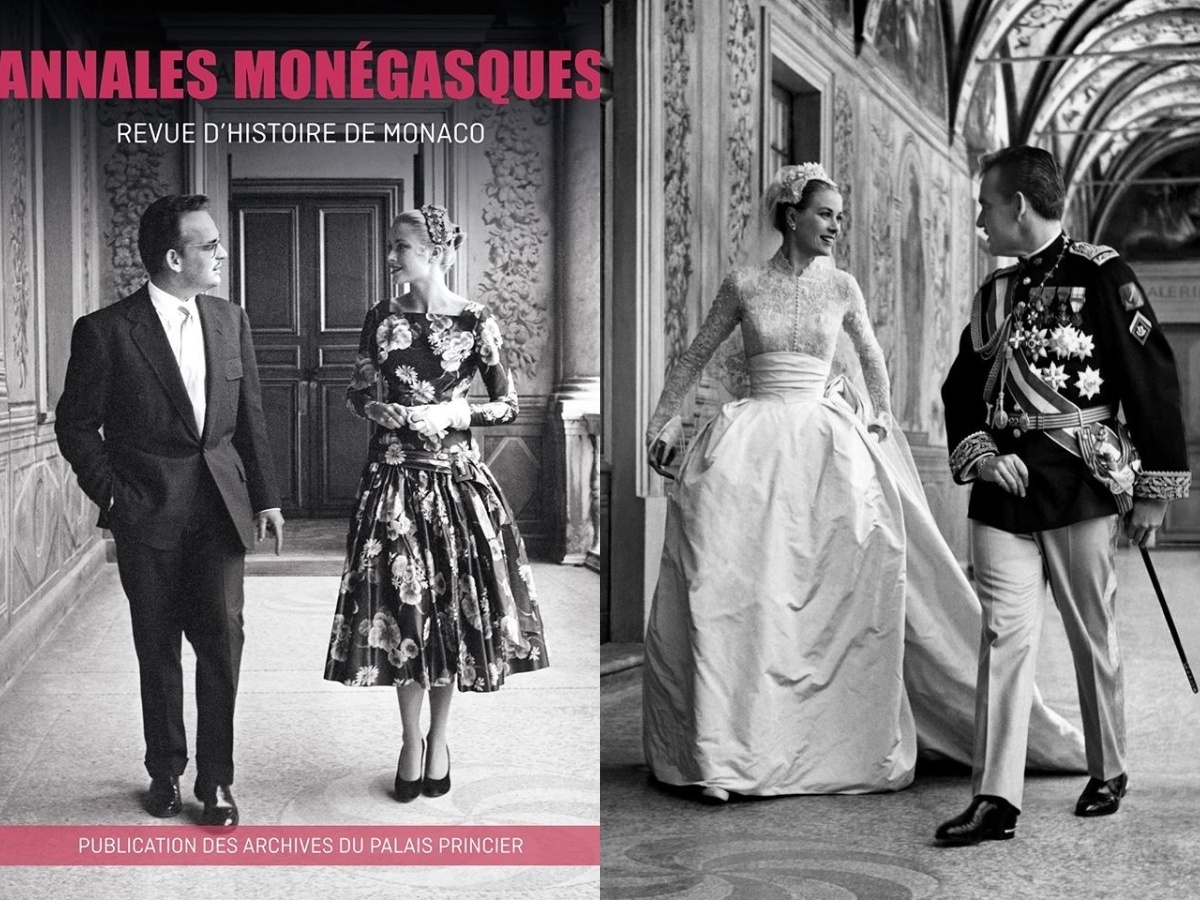 On the anniversary of their first meeting. Prince Rainier III and Grace Kelly via Prince’s Palace

They met after Kelly was attending the Cannes Film Festival and received an invitation from the Prince to appear in a series of photographs together. The press report, photographed by Michou Simon and Edward Quinn, would start a life long romance that only ended with Princess Grace’s tragic and untimely death. 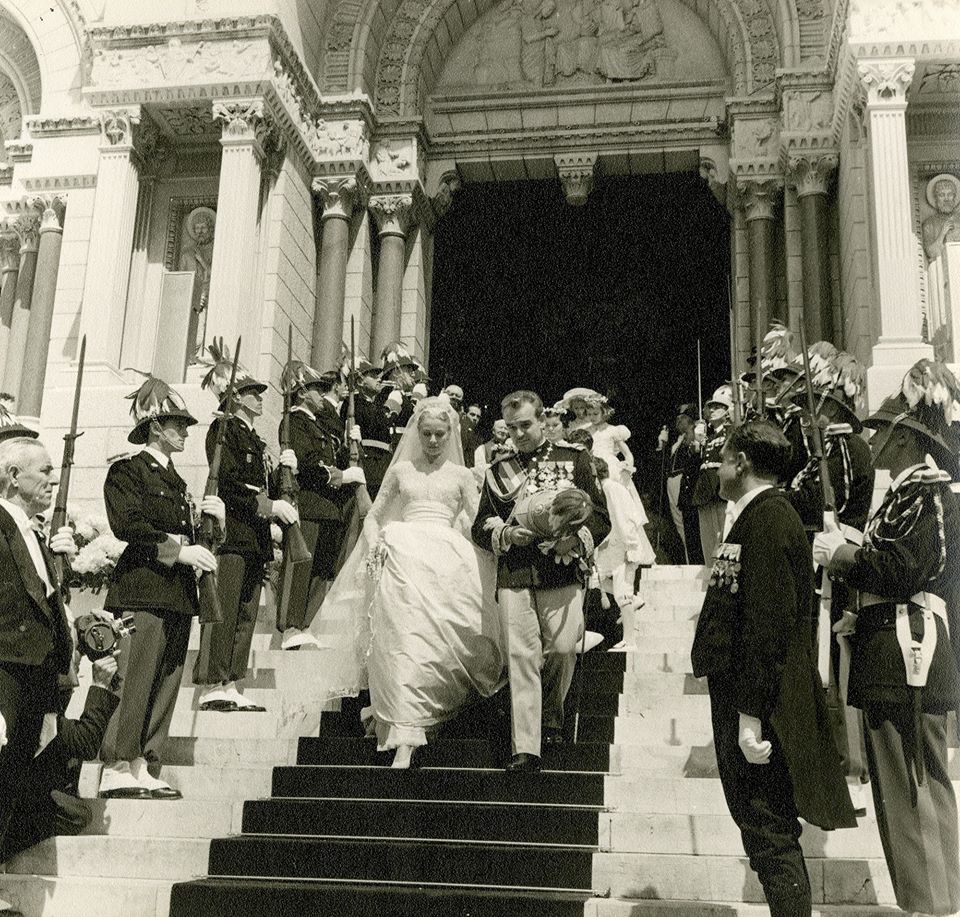 An exhibition took place on this particular day in 2019, entitled “Monaco, May 6, 1955. Story of one meeting”, organised by the Archives of the Prince’s Palace and the Audiovisual Institute of Monaco.

You can find the complete series of photographs in the latest issue of the Annales monégasques.

Origins, events … Everything you need to know about this year’s Prince’s Day