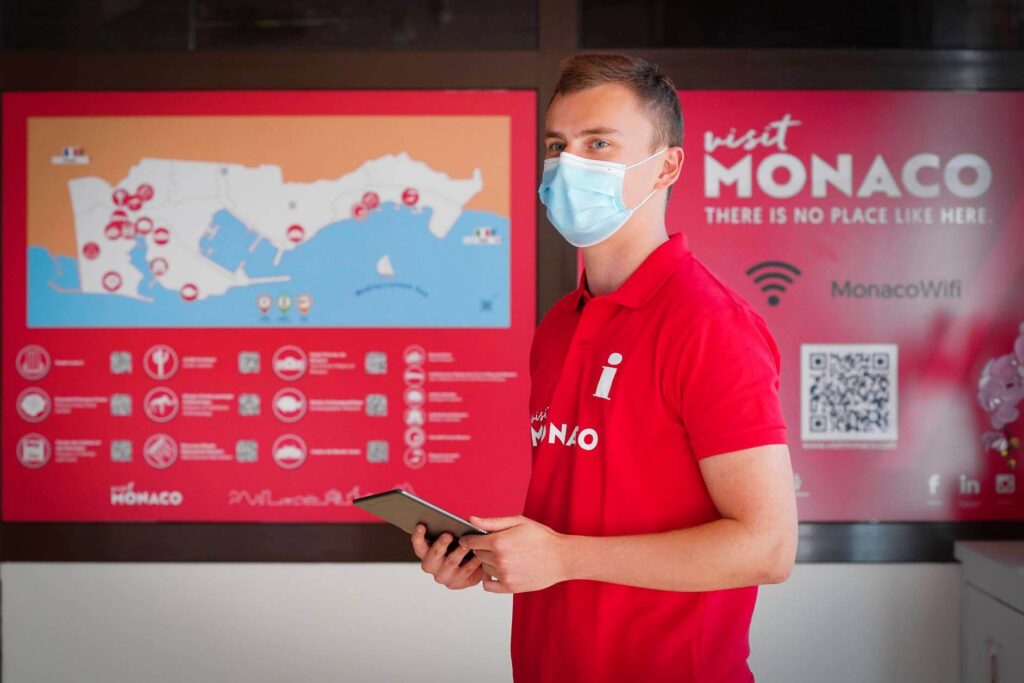 The Principality’s favourable COVID-19 situation and the gradual opening of borders have meant that, since June 15th, Monaco’s tourist information points have reopened.

The Tourist and Convention Authority’s information points, located on Boulevard des Moulins and at the train station, are once again welcoming and informing visitors to the Principality. To respect social distancing measures implemented by the Prince’s Government, tourists will be able to consult digital brochures online and via QR Codes.

The French Riviera, which includes the Principality of Monaco, Nice and the Alpes-Maritimes region, as well as part of the Var region, welcomes 13 million tourists every year. In 2018, Monaco’s hotels welcomed almost 370,000 people, peaking during the summer period. The majority of tourists are French and European (such as British, Germans, Spanish, Swiss, Belgian, Dutch) but plenty of Americans, Russians, Canadians, Australians and Chinese also make the journey each year.