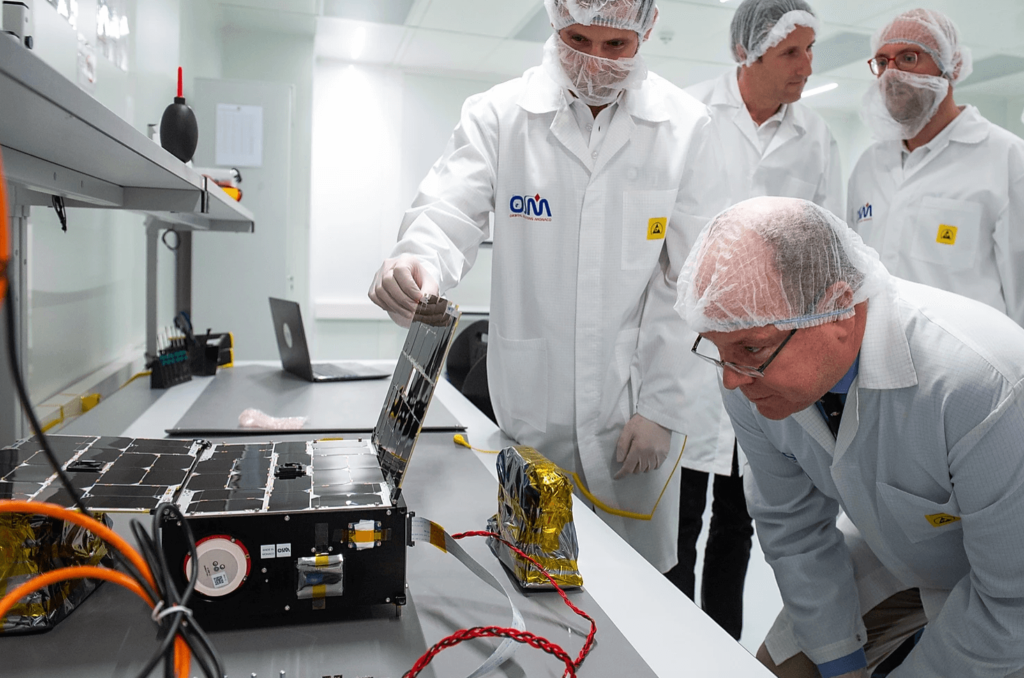 On June 18th, the OSM-1 Cicero, Monaco’s first nanosatellite, will set off into the Earth’s orbit from the Kourou Space Centre in French Guiana.

This date will soon go down in history. In exactly one week’s time, the first satellite manufactured in the Principality will take off from French Guiana on June 18th. It will take off at exactly 10:51 pm local time, or on June 19th at 3:51 am for Monaco.

The OSM-1 Cicero is the first nanosatellite developed in Monaco by Orbital Solutions engineers. The size of a shoebox, it weighs about ten kilos and is equipped with a device for collecting atmospheric data by detecting changes in radio signals as they pass through the Earth’s atmosphere. Its mission is to improve weather forecasting models.

The satellite, which should last between three and five years in orbit, will be located 540 km from the earth after being launched by an Ariane rocket. “These small satellites are in low earth orbit so rotate very fast, at around 27,000 km/h,” explained Francesco Bongiovanni, Founder of Orbital Solutions. “They go around the planet in 90 minutes.” The company already has other projects in the pipeline, such as building a nanosatellite to detect greenhouse gases.