The Prince’s riflemen return to service 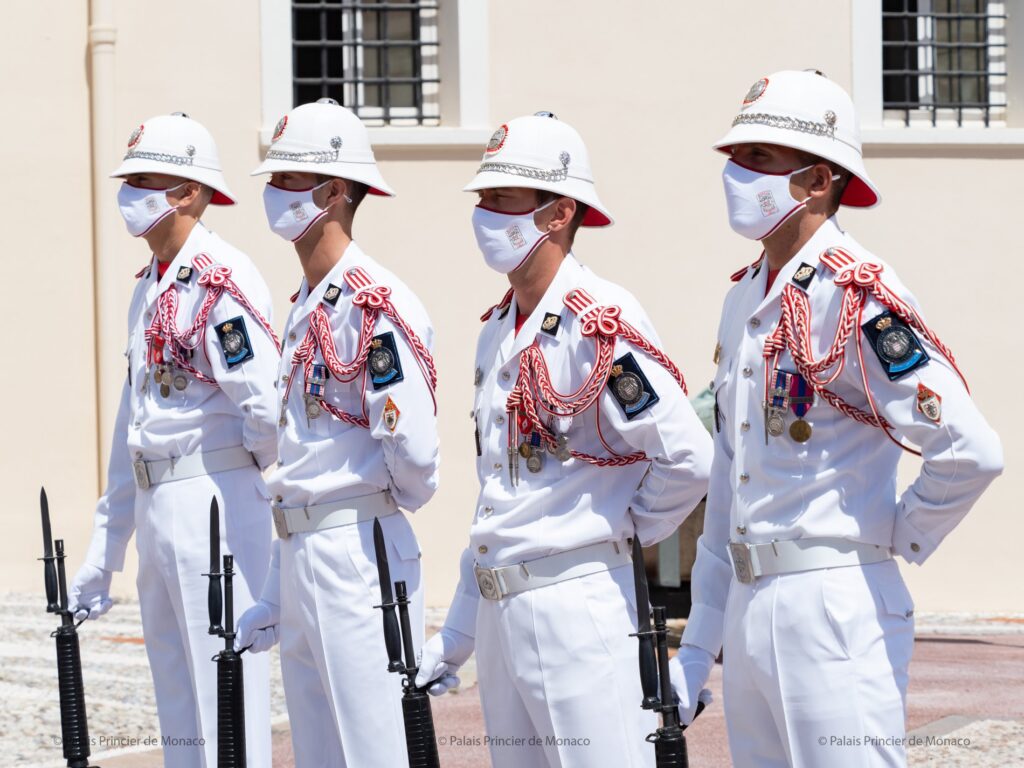 After several weeks of absence, the traditional Changing of the Guard ceremony took place again in the Prince’s Palace Square.

Little by little, life is returning to normal in the Principality and traditions are making a comeback. On June 19th at 11:55 am, the Prince’s Company of Riflemen (La Compagnie des Carabiniers du Prince) carried out its first Changing of the Guard ceremony in the Prince’s Palace Square. All this took place before Prince Albert II of Monaco, who watched the ceremony from the windows of the Palace.

Changing the Guard, keeping the distance

Due to COVID-19, the changeover happened within the palace for several weeks but now the guard are back in the square and in their usual white uniform. “It was the first time in its history that the Prince’s Palace had not been guarded in full uniform by the Prince’s Company of the Prince’s Riflemen,” explained the Palace. Although this return is a good sign, the ceremony is nevertheless carried out with preventative measures in mind, the Carabinieri having to wear masks.

The public can once again attend the Changing of the Guard every day in the Prince’s Palace Square at 11.55 a.m. Keeping a physical distance and wearing masks are compulsory.