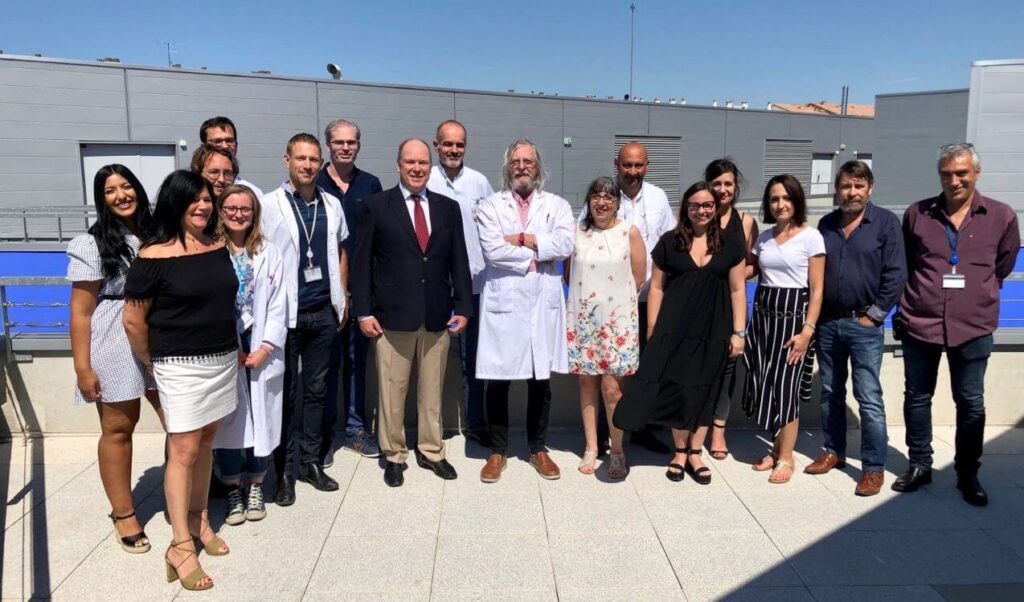 As part of a private visit to Marseilles on 7th July, Prince Albert of Monaco visited the Institut hospitalo-universitaire Méditerranée Infection (University Hospital Institute of Infection, or IHU) and spoke with its director Didier Raoult, somewhat of a celebrity medical figure in France.

The news was announced by the infectious disease expert himself on his Twitter account, along with a photo showing Prince Albert surrounded by Professor Didier Raoult and his team. During the morning, the Sovereign was able to visit the premises of the IHU Méditerranée Infection, which specialises in infectious disease and COVID-19 management.

A meeting inspired by “intellectual curiosity”

But precisely what was the reason for this visit? “He wanted to meet him, out of intellectual curiosity, for his own information,” a witness interviewed by Monaco Matin told the press. It has inadvertently fanned the flames of the the rumour that Prince Albert, who contracted coronavirus in March, was prescribed hydroxychloroquine.

As the first head of state to have contracted COVID-19, the Prince fortunately recovered quickly. The possibility of him being treated with chloroquine was dismissed several times by the sovereign and his family. “I did not need to use this treatment. There was, of course, daily surveillance and traditional means: paracetamol, antibiotics and lots of vitamin C,” he had assured France 3 Regions at the beginning of April.