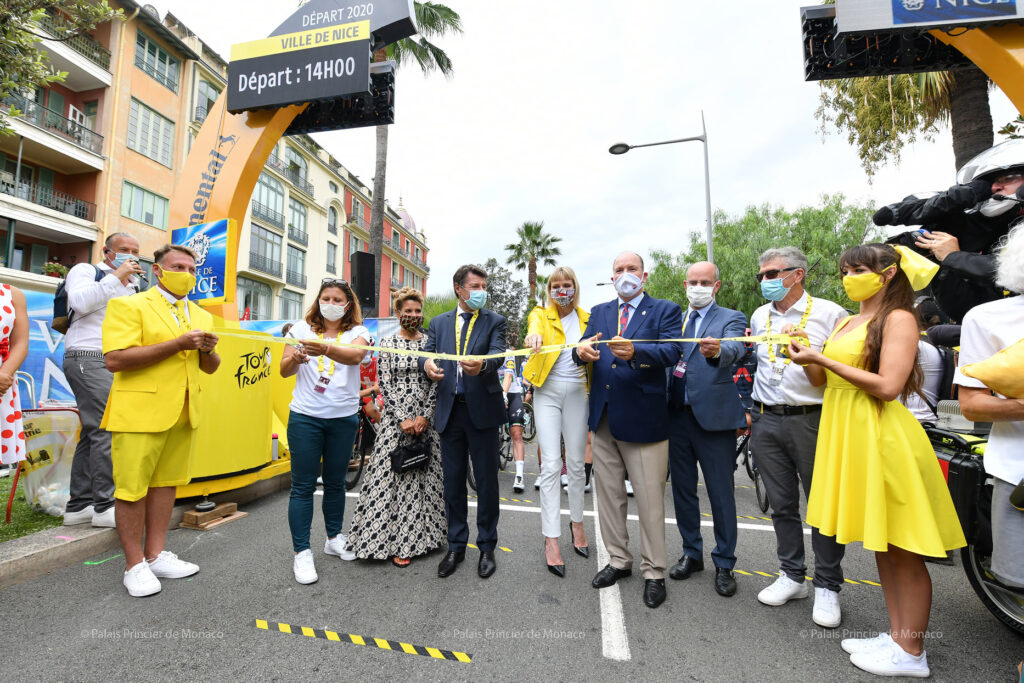 Last Saturday, Prince Albert II and Princess Charlene of Monaco were in Nice for the start of the Tour de France. After two stages which started in Nice, Monday marks the last stage of the Tour to start in the French Riviera.

On August 29th, Monaco’s princely couple inaugurated the start to the 107th Tour de France. They were joined by the mayor of Nice, Christian Estrosi, the French Minister of Sports Roxana Maracineanu and Jean-Michel Blanquer, the French Minister of Education. In the late morning, the Prince and Princess watched the end of “La Course by le Tour,” the women’s version of the Tour de France. The couple also attended the prize-giving ceremony.

Third and last stage to start in Nice

The first stage of the Tour de France, also known as the Grand Départ, saw Norwegian cyclist Alexander Kristoff (UAE Emirates) triumph at the finish line. However, he did not get to keep the yellow jersey for long. French athlete Julian Alaphillippe (Deceuninck – Quick Step) won the second stage, snatching the yellow jersey away. After two stages that began and ended in Nice, Monday 31 August is the last time a tour stage will leave from in Nice. Today, cyclists will have to tackle 198km and several valleys before arriving in the French town of Sisteron.

2020 marks the second time in the races’ 117 years that the Tour de France starts in Nice. The capital of the French Riviera had already welcomed the Tour in 1981.