An app to help protect seagrass in the Mediterranean 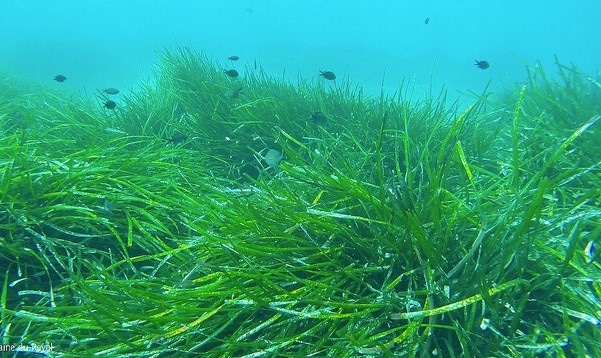 Andromède Oceanologie, a research body founded by a group of marine biologists, has just launched a free app called “Donia”. The app allows yachtsmen and fishermen to know the exact nature of the seabed, in order to anchor boats without damaging the seabed.

Amongst the most fragile components of Mediterranean biodiversity is seagrass. The plant, often mistaken for algae, forms large meadow-like herbariums. The endemic species plays a major role in the Mediterranean marine ecosystem: as well as providing fish with a place to live and eat, the plant is also used by biodiversity to lay eggs and as a marine nursery.

Anchors are a plague for seagrass

The plant is of vital importance for the Mediterranean, but sea traffic threatens it. Every year, several hectares of seagrass are destroyed by ships who anchor where they shouldn’t. To help fight this trend, researchers at Andromède Océanologie – coincidentally the same researchers who are behind the Gombessa 5 expedition – launched “Donia”, a community-based app which facilitates sustainable sailing and anchorage.

The app is available on smartphone and tablet. The user can load the area’s cartography, which clearly identifies the nature of the seabed, the bathymetry, any sea-regulations in place, as well as the location of ports and, more importantly, appropriate anchorage areas. Through accurate data, yachts and fish-boats can anchor outside areas populated by seagrass, therefore complying with maritime law and preserving marine ecosystems.