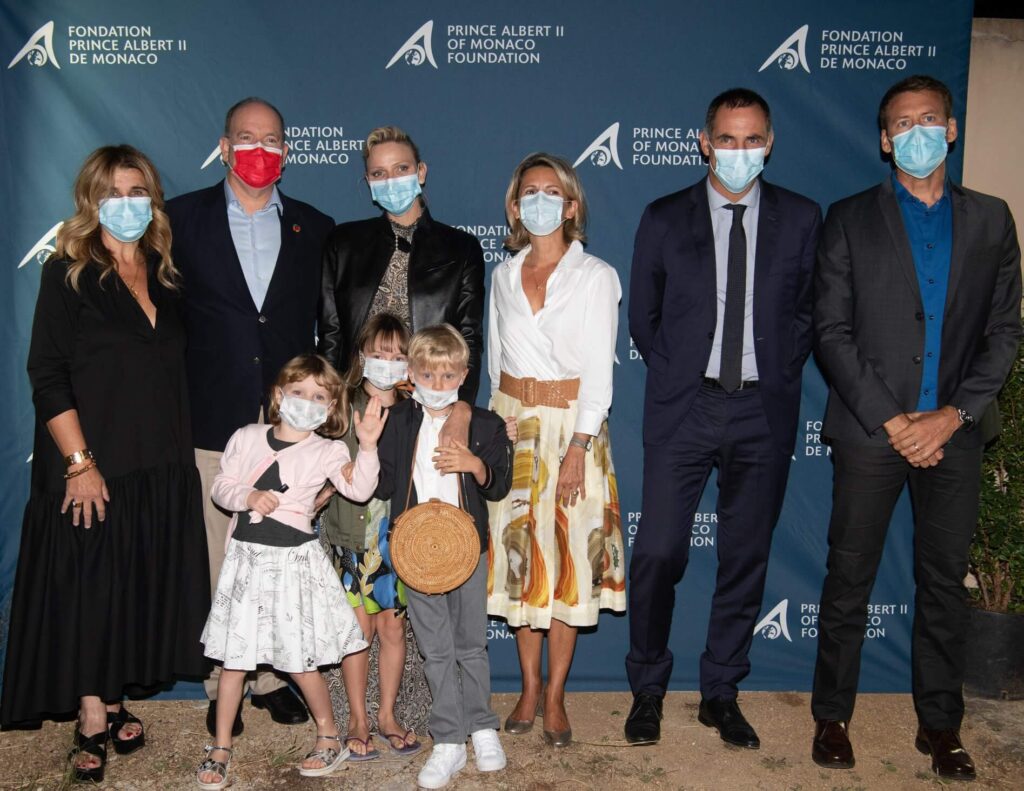 Earlier this week Monaco’s princely family attended the premiere of “Planète méditerranée”, a documentary that follows a scientific expedition to the very bottom of the Mediterranean. The expedition shown in the film benefited from the support of the Prince Albert II of Monaco Foundation and of Monaco Explorations.

28 days. That’s how long a team of four Gombessa Expedition divers spent in a 5m2 underwater construction site at 13 bar pression, the amount of pressure equivalent to being 120m underwater. The Gombessa project is led by Laurent Ballesta, French biologist and director of the documentary, and focuses on studying “some of the rarest, most elusive marine creatures and phenomena on Earth”. After South Africa, the Antarctic and French Polynesia, the Gombessa Expedition team took to France to dive in little known areas of the Mediterranean.

Thanks to the pressurised cabin, the team could do a month of daily deep-water diving without having to undergo decompression stops. The expedition aimed to study the seabed and coral reefs where ecosystems little known to biologists proliferate. During this feat of underwater exploration, the “aquanauts” visited 21 sites between Marseille and Monaco.

The project required two years of preparation and was conducted with the support of the Prince Albert II of Monaco Foundation and the Monaco Exploration Society. On September 1st, the Sovereign travelled to Ile Rousse, an island in Corsica, to attend the premiere of the documentary in the company of Princess Charlene and their twins.

The documentary “Planète Méditerranée” was filmed for Franco-German channel ARTE and will be broadcasted on 19 September at 8.50 pm CET. A free screening will also take place on 22 September at Monaco’s Oceanographic Museum at 7 pm. Laurent Ballesta will be present at the screening to tell viewers more about the expedition. Tickets can be reserved until 15 September.