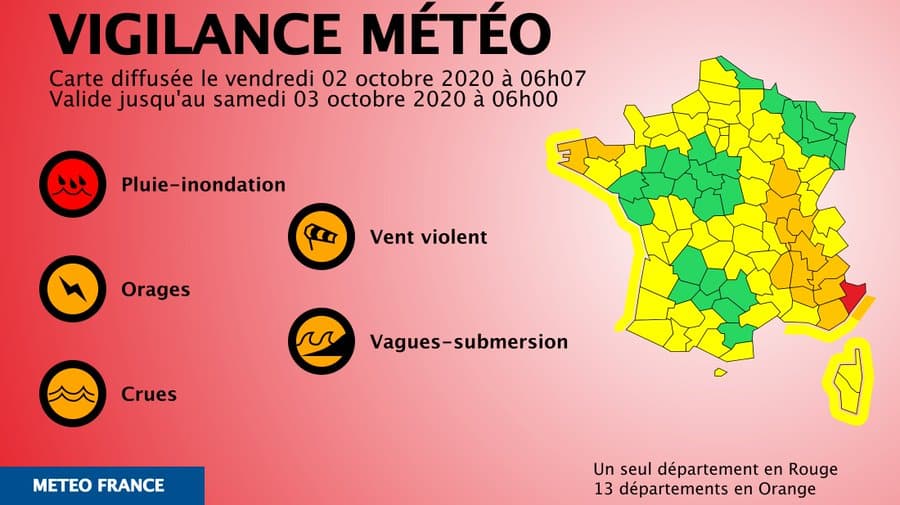 As the Côte d’Azur awaits storm Alex on 2 October, the French national meteorological service has placed the region on red alert for both rain and floods.

The worst is yet to come. Météo France expects the storm to peak on Friday afternoon and evening.  Between 100 mm and 150 mm of rain are predicted, up to 300 mm in some areas. According to Météo France, “strong thunderstorms with violent gusts of wind may occur”. Given the intensity of the storm, the Prefect of the Alpes-Maritimes region has closed all schools, from day cares to universities.

The Prince’s government announced that despite the storm, it would not be closing any schools.  “Flood risks are low in the Principality. Given that the majority of our students travel within the country, traffic-related complications are manageable,” the government said.

The SNCF, France’s national railway company, has announced it would stop train traffic between Toulon and Ventimiglia. The last train left on Friday at around 11am. Météo France will be giving live updates on the situation from Friday at noon until 3 am on Saturday morning. For more information, please visit the regional government website.