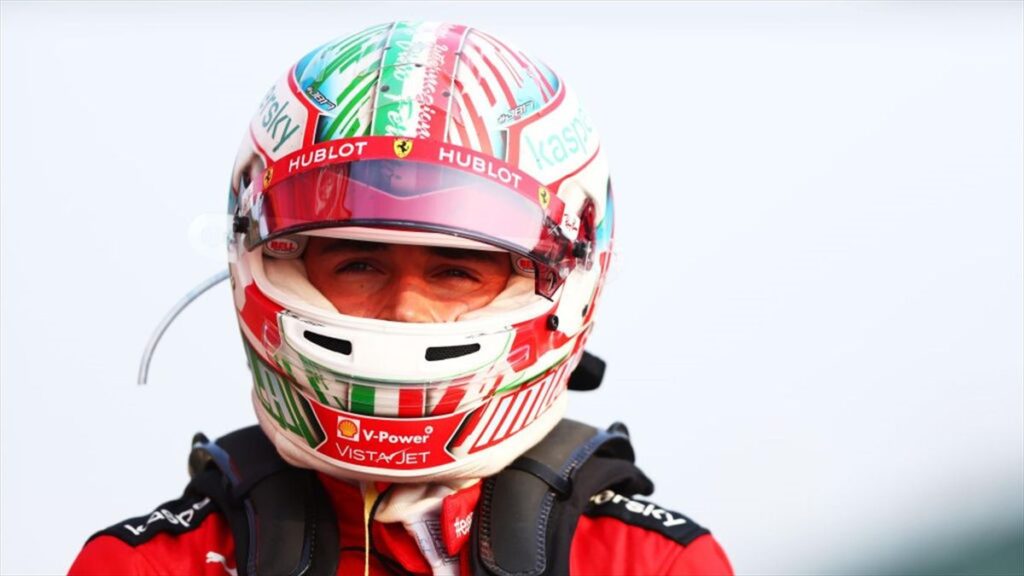 Just a week after a promising fourth place at the Portuguese Grand Prix, Charles Leclerc scored a consecutive top-five finish at Imola. Starting in seventh place, the Scuderia Ferrari driver mastered a first part of the race on soft tyres and secured a satisfying fifth also thanks to Pierre Gasly’s (Alpha Tauri) drop out.

Daniil Kvyat (AlphaTauri) gets in the way

“I’m honestly very happy: we finished in fifth place today,” Leclerc told French channel Canal+ at the end of the race. “We were expecting a more difficult race, especially during the first run on soft tyres. Looking back, we could have chosen better tyres for the second pit stop, but I’m satisfied,” he added.

After a second security car at the end of the game, the Monégasque driver was forced to finish the race with worn-out tyres that couldn’t fight back Daniil Kvyat’s Alpha Tauri. The Russian driver eventually snatched fourth place away from Charles Leclerc.  “I saw him come, a lot of points were at stake, but in the end, I gave in,” said Leclerc. “He really went for it and did a brilliant passing, but I’ll say it again, I’m very happy with fifth place,” said Leclerc.

The next Grand Prix is in Istanbul (Turkey) on 15 November. With 85 points, Charles Leclerc is currently 5th in Formula 1 driver standings.