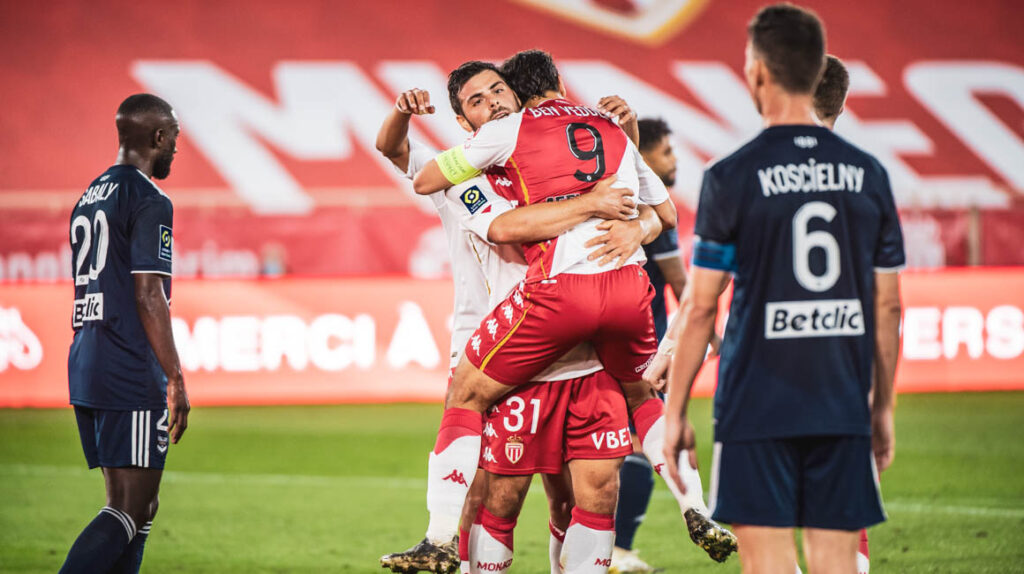 AS Monaco knew they needed to produce an improved performance after the frustrating Lyon loss to overcome the usually dogged Bordeaux. And that’s precisely what they did, bouncing back in style by crushing Les Girondins 4-0. Rumour has it: AS Monaco was impatient to bounce back after club’s president Dmitry Rybolovlev had a serious talk with the management following last week’s defeat in Lyon.

Making the bold choice to move away from his 4-3-3 shape, Niko Kovac opted for a 4-4-2, seeking to get the best out of his players. Lining up with a back four of Caio Henrique, Benoit Badiashile, Axel Disasi and Ruben Aguilar in front of keeper Benjamin Lecomte, they looked solid in defence on their way to keeping a much needed clean sheet.

Then, in central midfield Youssouf Fofana and Aurelien Tchouameni were deployed, leaving a gifted set of attackers in Wissam Ben Yedder, Kevin Volland, Gelson Martins and Sofiane Diop to drive the team forward.

Desperate to better their efficiency in front of goal, they were clinical and excelled at taking their chances, with Volland bagging a brace, plus Ben Yedder and Martins getting one each. Indeed, their first half blitz, which saw them score three goals in three minutes would’ve delighted Kovac to no end.

Kovac rightfully cut a delighted figure in his post match press conference, explaining: “We are happy with this victory and this match. Success has been eluding us in the last few games and I felt like it was the other way around tonight. I’m happy for the four goals we scored, but also because we didn’t concede.

“This is very important because it highlights the work being done by the defence and the goalkeeper. I find that the goals scored tonight are just the fruit of the work being done in training week after week, and moreover, they are very beautiful goals. We worked on it and there was a real reaction tonight. That’s a good thing, we got the right reaction after doing a good job this week. “

Monaco’s focus will now quickly shift to the captivating derby clash with OGC Nice at the weekend, as they’ll be keen to keep working hard to replicate their fantastic showing from this Bordeaux win.