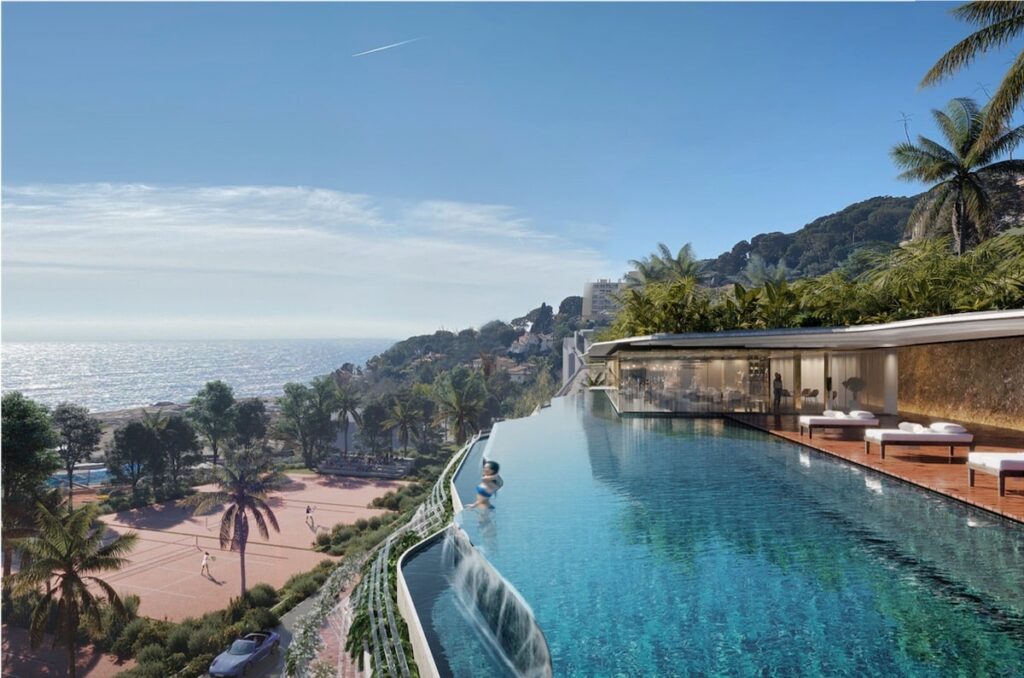 The Fondimmo group has announced the building of a new luxury hotel resort in Cap d’Ail, at the gates of Monaco. Designed by architects Massimiliano and Doriana Fuksas, the new Kempinski hotel is expected to open in 2025.

The hotel should become “a point of reference and an icon of luxury hotels on the national and international scale,” said Fondimmo. A bold claim, given that the French Riviera already has its fair share of luxury hotels.

The Fuksas’ project won a competition launched by the SCNF – France’s national railway company. The architects have managed to get important figures on board, including Fondimmo and  Xavier Beck, mayor of Cap d’Ail, and Vice-president of the Métropole Nice Côte d’Azur.

A contemporary and sustainable resort

“We will create a building that respects the morphology of the land and which will completely blend into the surrounding landscape. Our design will enhance the landscape without ever altering its characteristics,” explain Massimiliano and Doriana Fuksas. The husband and wife are the minds behind contemporary architectural masterpieces, including the Shenzhen Bao’An International Airport and the Rho-Pero Trade Center in Milan.

The 12,000 m² resort will feature 130 rooms and suites, which will all overlook the Mediterranean Sea. The resort will also include several bars and restaurants, as well as a panoramic swimming pool and a large spa. As for the business side of things, the complex will have an events area with several meeting and reception rooms.

Massimiliano Fuksas has also been signed by Monaco to design the renovation of the Fontvieille neighbourhood.