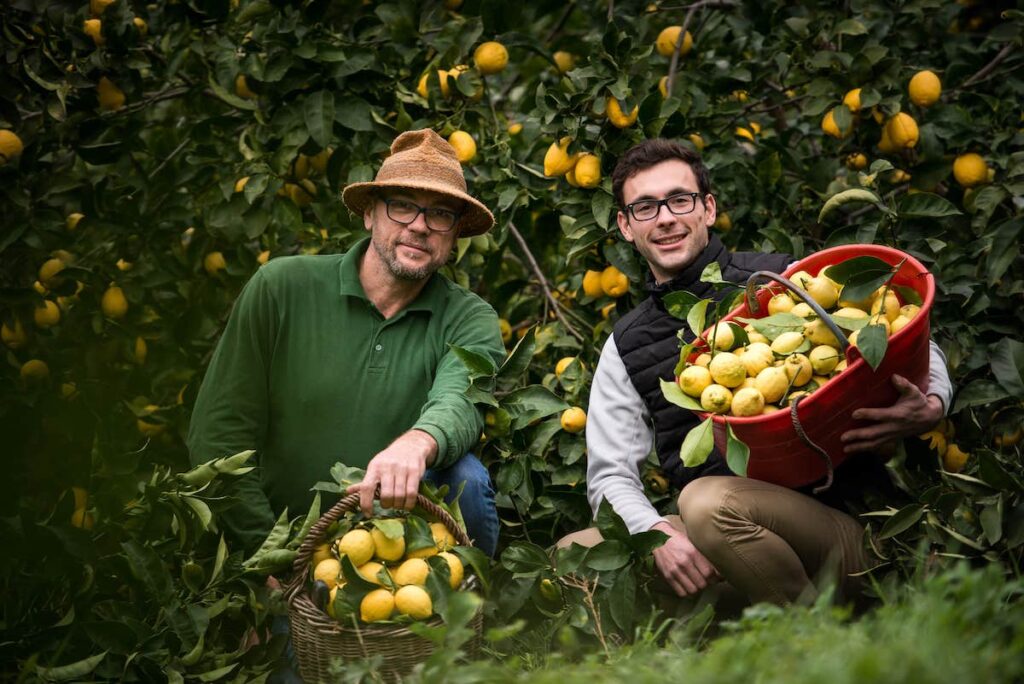 For Adrien and Laurent Gannac, lemons are a family affair. The father-son pair run La Maison du Citron, a business that specialises in all things citrus, from lemon trees to limoncello and fruit pastes. While Adrien Gannac never expected to join the family business, he now dedicates his life to it, with an end goal in mind: bringing family traditions into the 21st century.

Adrien Gannac was born in 1991, the same year that his father first planted a lemon tree in Menton. But despite such synchronicity, for a long while, Adrien Gannac, now 29, did not think he would continue the family tradition.

After studying business in Nice and Paris, he goes abroad: first to Holland, for an internship, and then to New Zealand. But the furthest he is away, the more home calls him back. “I did not like the idea of working for a big corporation. I wanted to work on a passion project,” he says.

A close bond between father and son

Keeping it in the family can sometimes go badly wrong. By for the Gannacs, it was a stroke of luck. “My father and I are both convinced that we have the world’s best business partner. We understand each other perfectly, we respect each other, but we also need each other,” he says.

Driving their partnership is a shared passion for the work. “It’s comforting to know that your business partner is equally as ready to sacrifice time, personal life, and money for the project as you are,” says Adrien.  And what about differences? “We are complementary,” says Adrien. “My father clears the land, he sets up the irrigation system, plants the lemon trees, and cultivates them. I manage the entrepreneurial side of things,” he explains.

Taking agriculture into the 21st century

La Maison du Citron is one of three companies awarded the 2020 Graines D’Agriculteurs prize, which recognises excellence in the field of sustainable agriculture. It was the competition’s theme that caught Adrien’s attention: communication and pedagogy. “My idea was to use a digital platform to share our work both on a national and international level,” he explains. The father-son pair now post tutorials, including a video of Laurent Gannac explaining how to plant a lemon tree that has hit over 20,000 views on Youtube. For Adrien, the world of agriculture must keep up with technology. “The younger generation takes the internet for granted, but in agriculture, we have not yet embraced its many possibilities,” he says.

For my father, the trees are just like human beings

The tree nursery is open to the public from Monday to Friday. For Laurent Gannac, it’s a question of sharing the company’s values. La Maison du Citron was awarded the PGI label in 2015 and the French organic certification in 2016 – both a testament to the family’s dedication to sustainable agriculture. “For my father, the trees are just like human beings. He would never sell a tree to someone who would not take care of it properly,” explains Adrien.

The team of La Maison du Citron currently counts 11 people. The aim is to reach 1000 trees within two years – the Gannon family currently has 300. Their shop in Nice and Antibes sell lemon fruit paste, limoncello, candied lemon, etc…  The Principality no longer is the land of lemon trees that it once was, but we hope that in the future, after Menton, Nice and Antibes, Monaco too will be home to La Maison du Citron.