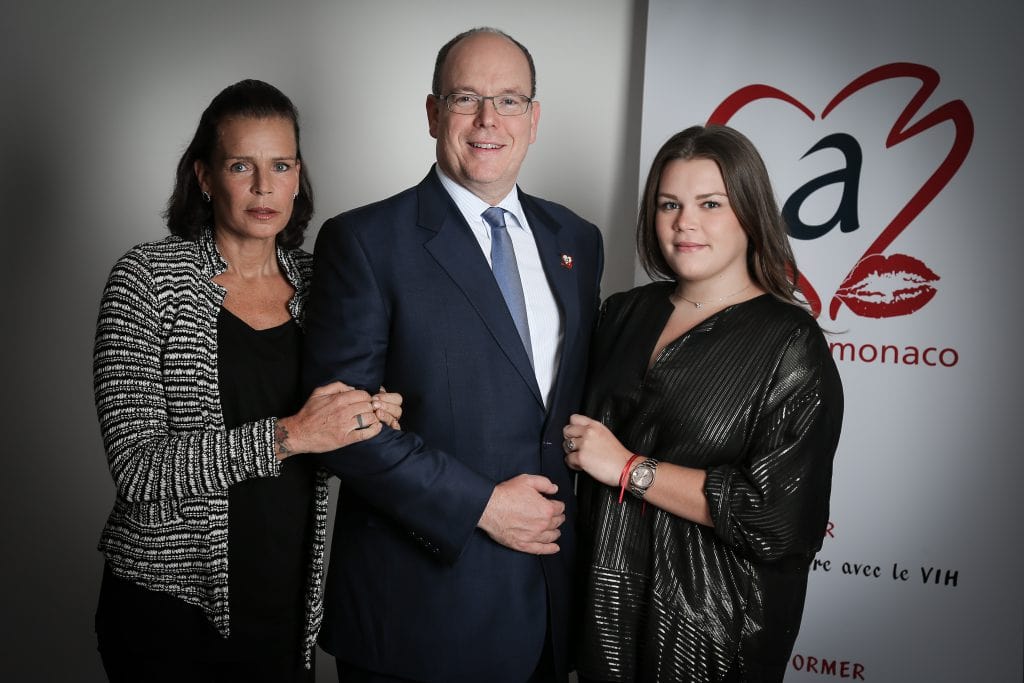 On World AIDS Day (1st December), Princess Stéphanie spoke once again about the importance of destigmatising the disease and the work of the Fight AIDS Foundation, of which she is the president.

World AIDS Day saw demonstrations all around France to make sure that even during the pandemic, the plight of AIDS is not put on the sidelines. Princess Stéphanie, who has long been invested in the fight against AIDS, spoke on Monaco’s national TV channel to highlight the work of her foundation. “We’re holding an event with the Monegasque Red Cross. We’ll be illuminating a Christmas tree on 4th December in the port to raise funds for the Fight Aids foundation. Like everyone else, We are all affected by the pandemic, but our volunteers are still very much in the field,” she told Monaco Info.

“People who suffer from AIDS are already isolated, and with Covid-19 the isolation has worsened because of the fear of being infected. They are at risk. They have a second sword of Damocles hanging over their head,” said Princess Stephanie. Nevertheless, she trusts in the future: “Treatments are improving. The fact that a person who takes HIV medicine no longer spreads the disease is already a great step forward,” she said. The Princess also drew attention to the importance of spreading awareness about HIV, as it leads to less discrimination and stigmatisation. “Monaco is doing more than much bigger countries for HIV and has been doing so for years. We have fought to open hearts, eyes and souls. Bravo Monaco,” she concluded.