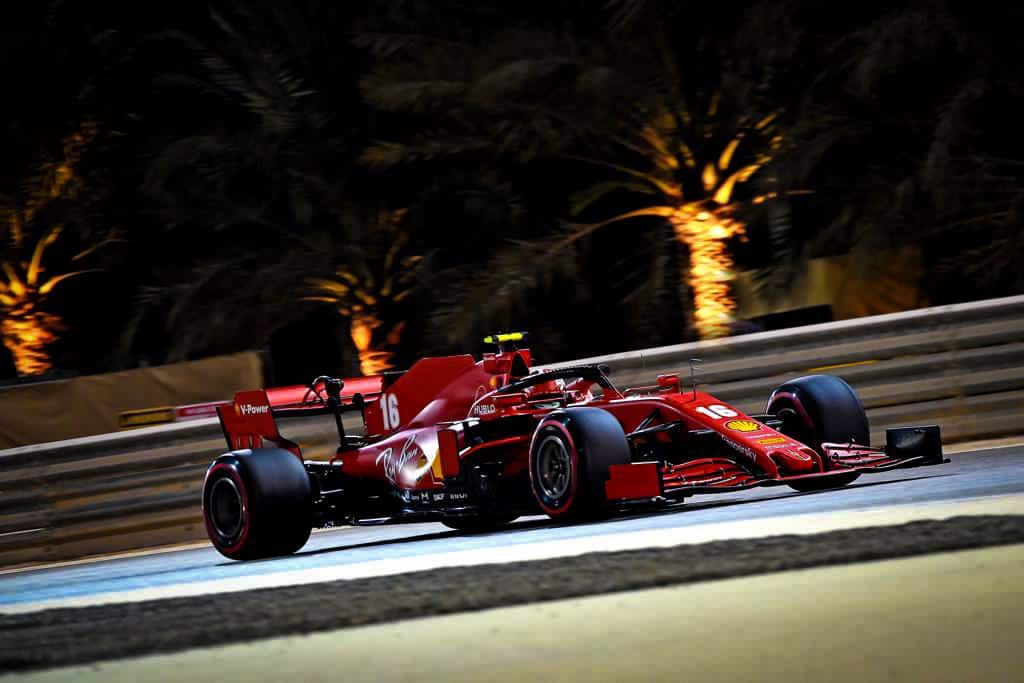 Leclerc’s first December Grand Prix started with a collision with Sergio Perez (Racing Point) that cost the Monégasque his race.

Charles Leclerc (Ferrari) lasted about half a lap. After a brilliant qualifying that landed him in fourth place on the starting grid, Leclerc got a bit too caught up in the hustle and bustle of the start of the race. After failing to brake on time, Leclerc collided with Perez, and Max Verstappen (Red Bull) got caught up in the crash. While Perez managed to recover despite a 180-degree turn, eventually winning the race, the Monégasque driver and Verstappen both ended up in the gravel, and out of the race for good.

If someone has to take the blame for the collision, it will have to be me

“I’ve quickly looked at the footage and clearly, if someone has to take the blame for the collision, it will have to be me,” he told Franch TV channel Canal +. “That being said, I honestly don’t think I made a major mistake. I was right next to Max (Verstappen), I tried to break after him, but Checo (Sergio Perez) didn’t squeeze through Valtteri (Bottas)’s corner and ended up flipping.  And by that point, it was already too late,” he said. Max Verstappen however, did not hide his frustration. “I don’t get why do they need to be so aggressive and act like they’re in the very last lap of the race,” he said.

Leclerc has been penalised by a three-place grid drop and two penalty points for causing a collision. We will have to wait and see what the season’s very last Grand Prix in Abu Dahabi has in store for the Monégasque driver.