From octopus to coffee: the visual delights of Zoia Skoropadenko’s minimalist art 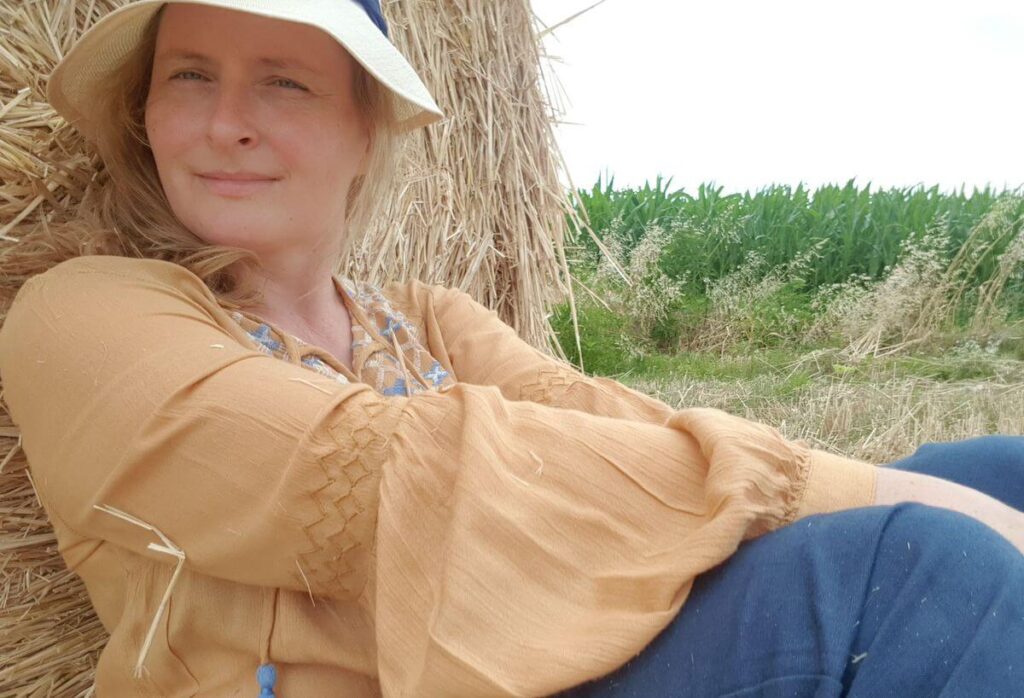 From being accused of spying for the United States, to working as an Interpol translator, the life of Monaco-based artist Zoia Skoropadenko is a collection of colourful dinner-party anecdotes. Her art, however, seeks simplicity above all, reworking timeless subject matters and every-day themes.

For Zoia Skoropadenko, life is a one-man show. “I’ve learned that if you want to anything in life, you have to be like Woody Allen,” she tells us when we first meet in a garden just off the Monte-Carlo Casino. “Whatever you want to do, you have to do it yourself. Want to make a film? Then you have to write your own script, find the money to produce it, direct it, and star in it.” As she pulls out two mugs and a flask of steaming coffee we are about to drink, she adds: “You also have to be very confident about your art, otherwise you’re doomed.”

Zoia Skoropadenko was born in Kryvyi Rih, an industrial city in Ukraine. She fell in love with art as a child thanks to friends of her mother who would come to paint at her house. Yet, while she attended art school throughout her childhood and teenage years, a career as an artist was never in the books. At university, she studied international journalism. “Being a painter wasn’t really a career option in a country that didn’t have enough potatoes to eat,” she says amused. “My parents told me to do journalism because newspapers would always be on sale.”

They actually still think I’m a spy, but they’re very careful with me now that Ukraine is under America’s thumb.

Before Zoia Skoropadenko could finish her studies, she was thrown out of the University of Lviv on suspicion of spying for the CIA. “They actually still think I’m a spy, but they’re very careful with me now that Ukraine is under America’s thumb.” The accuser was one of her professors, who happened to be a former KGB agent. “He was suspicious because I was editor of the student newspaper and very active within the university,” explains Skoropadenko. “I also knew very good English, which in Ukraine was very rare.”

While Zoia Skoropadenko did not come to Monaco to pursue art, it was on the Côte d’Azur that she decided she would be an artist. After being thrown out of university, she found a job as a media consultant in the Principality. In Monaco, the future artist also worked as a freelance translator for Interpol. Zoia Skoropadenko just happens to speak eight languages. “I have such stories from Interpol. I even translated during the Monaco Pink Panther interrogations.”

During all this time, Zoia Skoropadenko never stopped sketching. Eventually, pushed by her friends, she exhibited some of her work at a gallery in Monaco and sold her first painting. “I decided I was going to be a full-time artist when I sold that first painting,” she tells us, “though the second painting took a long time to come through. After my first exhibition, I didn’t sell another painting for eight years.”

Zoia Skoropadenko first came to international attention with a series called “Torsos”. The paintings depict octopuses that are arranged in a way to make them look like parts of the human body. Painted on a dark backdrop, the works bring to mind renaissance anatomical drawings and excavated Greek busts. “I was a hungry artist at the time. It was just after the 2007 market crash and I had lost most of my income,” she recalls. A local fisherman gave her 3 octopuses to eat. Instead, Zoia Skoropadenko painted them.

When you look at art, you realise that nothing has changed in 3,000 years

The series secured her an exhibition in London that would kick-start her international career: the editor of the art magazine Creative Review visited the showing and put Zoia Skoropadenko as “Revelation of the year” in the magazine’s next issue. “After the article, I was everywhere, my phone kept ringing.” In Europe, Torsos was even exhibited at the council of Europe, where deputies accused the octopuses of being pornographic.

Pornographic or not, since Torsos, Zoia Skoropadenko has been working full-time as a painter. When it comes to her work, the artist says that she is interested in constants. “When you look at art, you realise that nothing has changed in 3,000 years. With the torsos, I wanted to rework one of the oldest subjects in the history of art. My goal is always to create something that will be meaningful for generations.”

People in museums want to look at paintings that are familiar. Subjects need to speak to people.

She tells us about her most recent work, a series of still lives called New Pompei Masters. “ I started out being inspired by Dutch masters, but then I went to the Archaeological Museum in Naples and realised that Roman painters were doing the same exact thing millennia before.”

The artist is not particularly keen on contemporary art, which she dismisses as “noise” and laments its urge to depict gruesome subjects. “People in museums want to look at paintings that are familiar. Subjects need to speak to people. They want to see something simple, something touching. The best subject is the simplest and the oldest one.”

Zoia Skoropadenko’s art reworks everyday subjects: landscapes, bodies, glassware painted in pastel colours. Food is a recurrent theme. On the business card she gives us is a Japanese woman holding a barely discernible cup of coffee. The work is part of the Coffee Drinkers series, which depicts in minimalist strokes coffee drinkers of the past, from women in corsets and kimonos to tailcoat-wearing men.

Despite coronavirus, Zoia Skoropadenko is bustling with projects. She regularly curates a walk-by gallery in Monte-Carlo’s Palais de la Scala and is currently preparing an exhibition on ceramics from Monaco and the French town of Vallauris which will take place in Paris. In Paris, she’s also planning a vernissage of her own work in a 300 square meter gallery right in the heart of the Marais. We go back to Woody Allen. “If  I want to do an exhibition, I have to make it happened. I can’t just sit around and wait for others to invite me to exhibit. I just have to be like Woody Allen.”