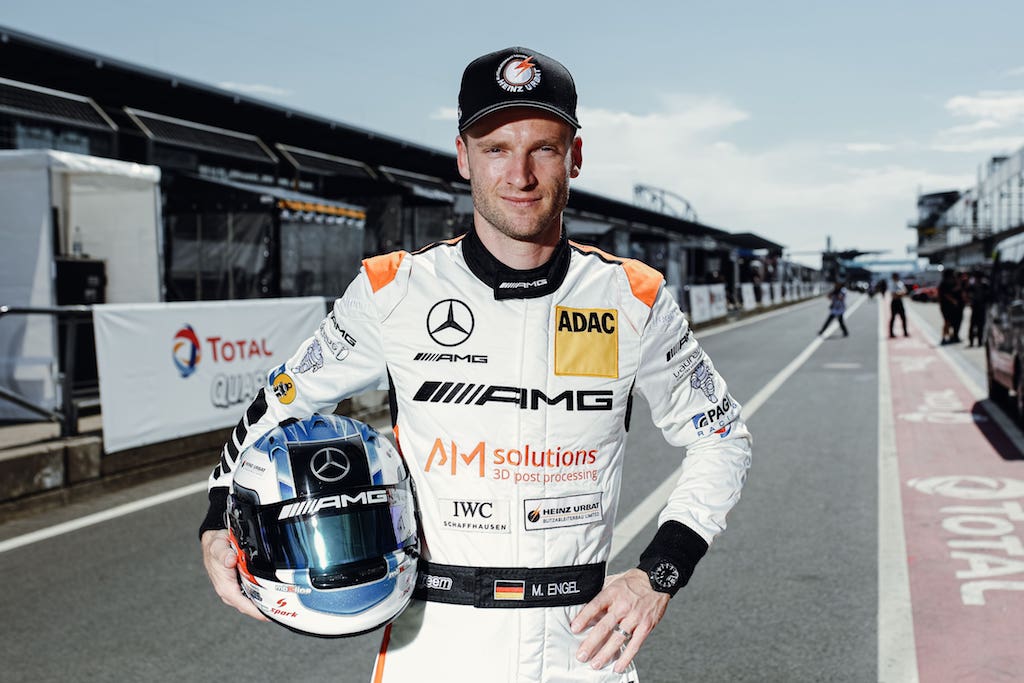 Driver and ambassador for Mercedes-AMG, Maro Engel spoke to us at length about his recent victory at the 24 Hours in Daytona. Aged 35 and living in Monaco, he also shed light on motor racing today, as well as Formula E and endurance racing. Naturally, talk also turned to Formula 1.

A beautiful sunny day in the Principality. After finishing lunch with Stéphane Richelmi and Vincent Abril, the Munich born driver took some time out of his afternoon to talk to us about the ever-evolving sport of motor racing.

>> READ ALSO: Stéphane Richelmi: “I still have a few good years ahead of me”

Not only is he a racing driver and ambassador for Mercedes-AMG, but he also works with the Peace and Sport organisation. He is one of over 100 high level sportsmen taking part in the movement “Champions for Peace”. Growing up as a child in Monaco with the famous Nico Rosberg, “we went to school and did our first laps of the track together”, he has now claimed his own victory in Florida, winning the 24 hours in Daytona in the GT3 category. He was also the first winner of the SCG Pole position trophy after scoring pole position for the Nürburgring 24 hour race.

Nürburgring is an incredible circuit!

Maro, how did you feel when you won this race?

I was so proud. It was such a great win. The first one for Mercedes-AMG in Daytona. We’ve competed in the past, but never had success. A 24-hour race is always hard to win. It’s not good enough to just be the fastest on the track. You have to know how to work the whole course. Everything went right for us this year, the team, the drivers, the car. It’s fantastic, especially with this being the first endurance win for Mercedes-AMG in America.

After Daytona and Nürburgring, you just need to win the 24 Hours of Le Mans to complete your set of titles…

(He smiles) I dream about that all the time! For racing drivers the 24 Hours of Le Mans is such a special race, everyone wants to add that title to their name. The first goal is always to try and win one of the classics, such as Daytona, Spa-Francorchamps, Nürburgring or Le Mans. For the moment though, due to the current regulations, we aren’t allowed to race Le Mans because the course isn’t suitable for GT3. Although maybe in the future we’ll be able to, especially as LMDh are set to be allowed from 2022.

You’ve mastered some of the most legendary courses throughout your career. Tell us about Nürburgring and the record lap you made driving a Mercedes-AMG GT Black Series.

This circuit is absolutely incredible. I really don’t have the words to describe it. Circuits like Spa-Francorchamps are great, but Nürburgring isn’t like anywhere else in the world. It’s in a league of its own. Taking bends at 280km/h, the distance covered by the concrete track, the ups and downs and sudden drops, not forgetting the forest surrounding the track… Racing here just feels different to everywhere else. I’ve been in pole position three times here and recorded the fastest lap for a Mercedes-AMG.

I think it’s set to have a great future, especially since European and American regulations are all the same now. That’s a real positive. Many big-name racing drivers are swapping to endurance now. As time goes on, I think a couple of Formula 1 drivers will do the same. We’ve seen it happen before with the likes of Fernando Alonso, Niko Hülkenberg and now Kevin Magnussen too.

It’s quite appealing to younger drivers as well. Rather than spending lots of money on F3 or F2, they prefer to make a name for themselves in endurance racing, hoping to turn professional and be taken on by an official car manufacturer.

You’ve done a lot of Formula E races in your time, what do you think about the move towards using more environmentally friendly cars in the racing industry?

Motor racing has always been committed to investing in the development of new technologies and using them to modify standard cars. In this respect, Formula E isn’t doing anything new. It’s already done so much work in terms of advancing and improving everyday makes and models of electric cars. It’s a great type of racing and there are a lot of talented drivers and big car manufacturers. Formula E isn’t trying to replace Formula 1. The two can both be a part of the future of this sport. At least I hope so anyway. (He smiles)

Because there’s something so beautiful about a combustion engine. The noise a car makes is quite special for drivers. But we are also aware that nowadays manufacturers in the industry are turning away from the traditional petrol- and diesel-powered motors. We have to respect our planet and reduce our CO2 emissions. Electric engines are one solution, but there’s another alternative: synthetic fuel. It’s definitely something we can look into in the future, as well as Hydrogen, especially in Le Mans.

You took part in the Monza Rally, the final leg of the WRC Championship, last year. How did this opportunity come about?

I was intrigued by the course, it’s one of those things you just have to experience at some point. Having grown up in Monaco and being a huge motor sport fan, I couldn’t help but be impressed by rallying. I’m friends with some of the best rally drivers in the world: Sébastien Ogier, Andreas Mikkelsen and Thierry Neuville. They’ve told me so much about the sport, so when I got the go ahead from my wife and Mercedes-AMG, I jumped at the opportunity.

The Monte-Carlo Rally… Of course, I want to race there one day!

Did you enjoy the experience?

Massively! I learnt so much. The weather conditions were actually really similar to a Monte-Carlo Rally, with all the rain, snow and hail (he laughs).

You seem to enjoy taking on legendary courses. Would you want to do the Monte-Carlo Rally one day?

Of course, I’d love to! I got asked to do it as a joke, since I took part in the Monza Rally and the two are quite similar (he smiles). Unfortunately, the Monte-Carlo Rally and the 24 hours in Daytona clashed this year, so I couldn’t race them both. Compared with the other drivers and how fast they are, I’ve got a lot of work to do to stand a chance at winning there, but sure, why not race there one day.

You are also a member of the Champions for Peace movement with the Peace and Sport Foundation. How important is this to you?

Taking part in a programme to promote peace in the world of sport, alongside some of the best athletes, is something I’m really proud of. Sport plays a powerful role in our social lives. So, when I see all the other projects led by Peace and Sport, I couldn’t be prouder. I’ve been a part of Champions for Peace for ten years now, and I hope to stay with them for much longer!