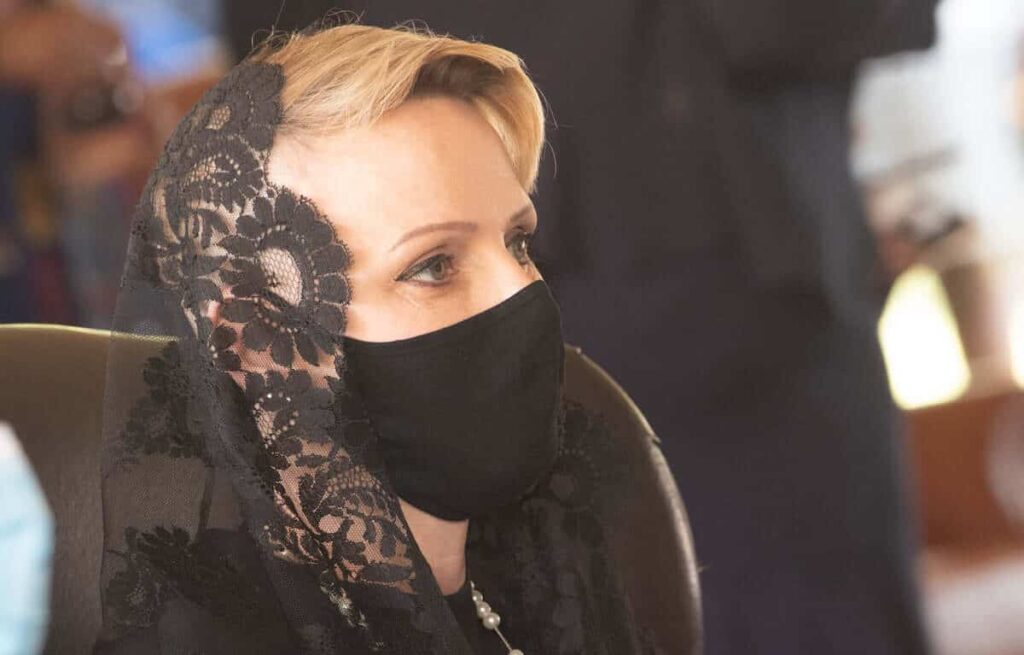 On Thursday 18 March, Princess Charlene of Monaco attended a memorial service of the recently deceased eighth King of the Zulus, Goodwill Zuelithini. The ceremony took place in the town of Nongoma in Zwazulu, South Africa.

The former South African swimmer expressed her grief at the funeral of her friend Goodwill Zuelithini, the eighth King of the Zulus, which was held last Thursday in the province of KwaZulu-Natal, in the north-east of South Africa. He died at the age of 72 and had ruled the Zulu people for more than 50 years.

Veiled in a black lace head scarf and her face masked due to health precautions, Princess Charlene could not hold back her tears when a traditional group began to sing in memory of her dead friend.

The ceremony was also attended by the President of the Republic of South Africa Cyril Ramaphosa and former President Jacob Zuma. “He respected the culture of other kingdoms and other nations,” President Cyril Ramaphosa recalled in his speech,  adding that “he played a significant role in achieving democracy and he preached peace and unity.” A successor to the Zulu king has not yet been chosen.