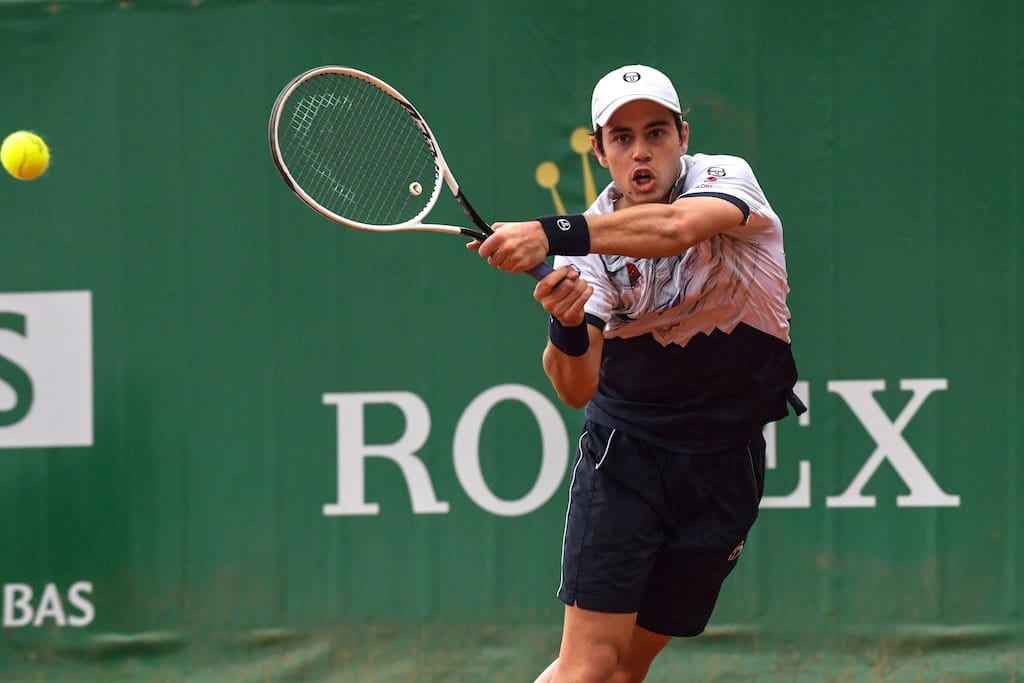 Eliminated by the Italian Salvatore Caruso in a tight three set match (6-7, 7-6, 6-3), split over two days due to rain, the Monégasque player (n°388 ATP) did not hide his frustration during his press conference.

Having won the first set and leading with a break point up in the second, he had made a strong start, but downpours on the Rock on Monday afternoon forced the pair to put their match on hold. On Tuesday, as the players picked back up where they left off, Salvatore Caruso (n°89 ATP) took the second set, before also winning the third and coming out on top just over three hours later (6-7, 7-6, 6-3).

“I was in a good position, but I was still far off winning,” explained Lucas, the leading player in the Principality’s team during the Davis Cup and who, for the third time in a row, was a wildcard in the final draw of the Monte-Carlo Rolex Masters this year. “It was hard to handle. I was a bit tight at the start today when the match resumed (Editor’s note: Tuesday), but then I felt better. I can’t say that I played badly in the third set either. I have no regrets.”

Several weeks after winning the ITF Monastir tournament in Tunisia, Lucas Catarina has once again come close to beating a top 100 ranked player, just as he almost did in his match against Canadian Milos Raonic in 2018 (3-6, 6-2, 6-3). “It’s difficult to look ahead at the moment, but I can remember the good things from this match for in the future, so that I can keep improving. Perhaps I could play the next few tournaments at this same level.”