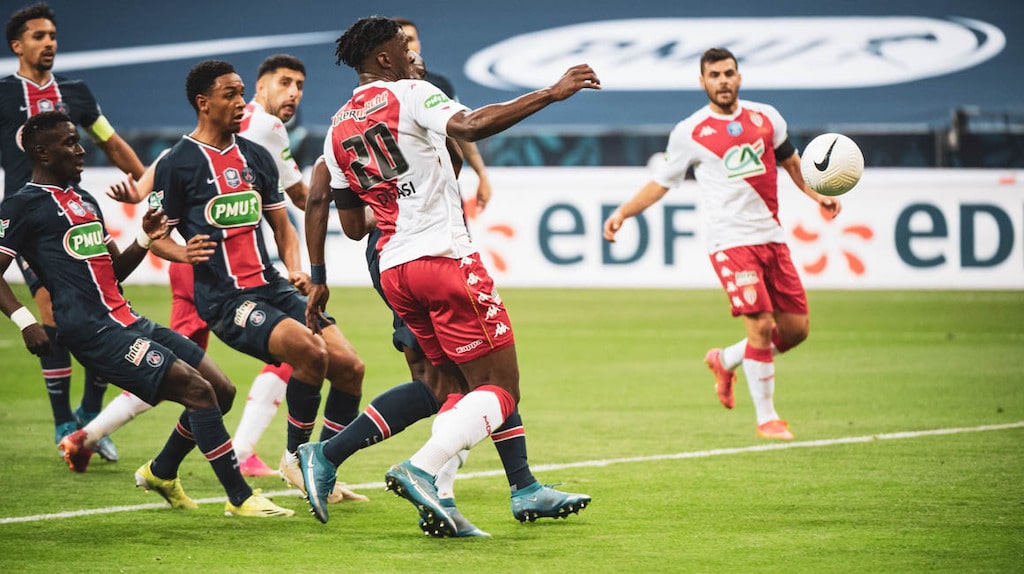 On track to win the club’s sixth Coupe de France, AS Monaco fell at the final hurdle, losing against Paris Saint-Germain (0-2) on Wednesday evening at the Stade de France.

Their winning streak has come to an end. AS Monaco were unable to beat PSG, in what was the club’s tenth Coupe de France final, having clocked up five wins and four defeats over the years.

As is tradition, before the match got underway, AS Monaco President Dmitry Rybolovlev and coach Niko Kovac presented the team to French President Emmanuel Macron, accompanied by President of the French Football Federation Noël Le Graët and PSG President Nasser al-Khelaïfi.

For his first season with AS Monaco, Niko Kovac had high hopes for the team. After winning the German Cup in both 2018 and 2019, he wanted to bring the Coupe de France trophy home to the Rock this year: a title AS Monaco have not won since 1991. Although it was a close fight, Paris Saint-Germain ultimately came out on top, making the most of AS Monaco’s errors and robbing them of their crown.

Within the first 20 minutes of play, Monaco’s defence made a costly mistake. As Axel Disasj lost control of the ball, giving possession to Kylian Mbappé, the Argentinian striker Mauro Icardi swept in and secured PSG’s first goal (0-1, 19′). An error that weighed heavy on the Rouge et Blanc. Having started on the back foot, Les Monégasques were playing catchup, but pushed on to try and equalise.

All eyes on the match against Lens

Joining the pitch for the second half, Gelson Martins was unable to get the ball in Keylor Navas’ net, after his shot hit the crossbar (69’). On a run by Angel Di Maria from right to left, it was the Parisians who managed to meet the net, as Mbappé received the ball and struck for the goal, widening the gap between ASM (0-2, 81’).

“We can be proud to have reached this final here at the Stade de France against PSG. In football, you can only miss a penalty if you earn the chance to take it, and you can only lose a final if you play it. It was an important moment for us, for the club,” said Niko Kovac after the match.

This was the club’s first Coupe de France final since 2010. However, the team was unfortunately unable to add this prestigious trophy to the titles they have earned over the past decade. Since Rybolovlev took over as President of the club ten years ago, the Rouge et Blanc have been crowned French Champions (2017), reached the semi-final of the Champions League (2017) and made the podium five times in a row in Ligue 1.

Les Monégasques must now prepare themselves for an away game in three days’ time. They are set to face Lens this Sunday at 9pm, as the Ligue 1 tournament comes to a close. A lot is riding on this match: if the team can claim victory here then they will find themselves in the Champions League next season.