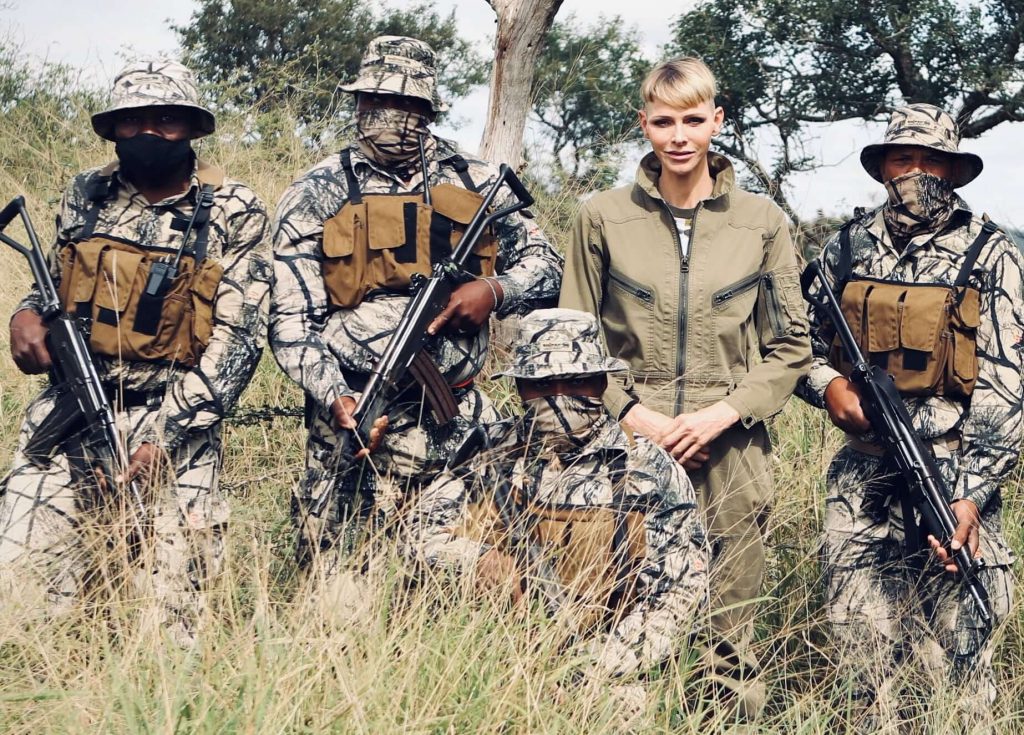 Princess Charlene has recently completed several missions with the anti-poaching unit in Thanda during her trip to South Africa. By sharing photos on social media, she is aiming to spread awareness about conservation and the importance of reconnecting with nature.

As part of her recent trip to the Thanda Safari in KwaZulu-Natal in South Africa, Princess Charlene took part in several operations to help protect local wildlife, particularly rhinos. This part of the world is home to 80% of this mammal’s entire population.

By undertaking this mission, supported by the South African branch of the Princess Charlene of Monaco Foundation, she played an active role in the work done by the anti-poaching unit. Joining the team, she monitored and followed the rhinos, helped roll out wildlife photography workshops and assisted in dehorning a white rhino.

In South Africa, a rhino is killed for its horn every 22 hours. This is why the Princess Charlene and Thanda Foundation Trust have decided to dehorn these animals as part of their conservation work with the “Project Rhino”. In doing so, they hope to protect this threatened species for generations to come.

“By protecting rhinos, we are conserving their habitat, which is important for them and other wildlife species. We are also supporting local communities to preserve a heritage for future generations,” explained Princess Charlene.