AS Monaco: the secrets behind this season’s success 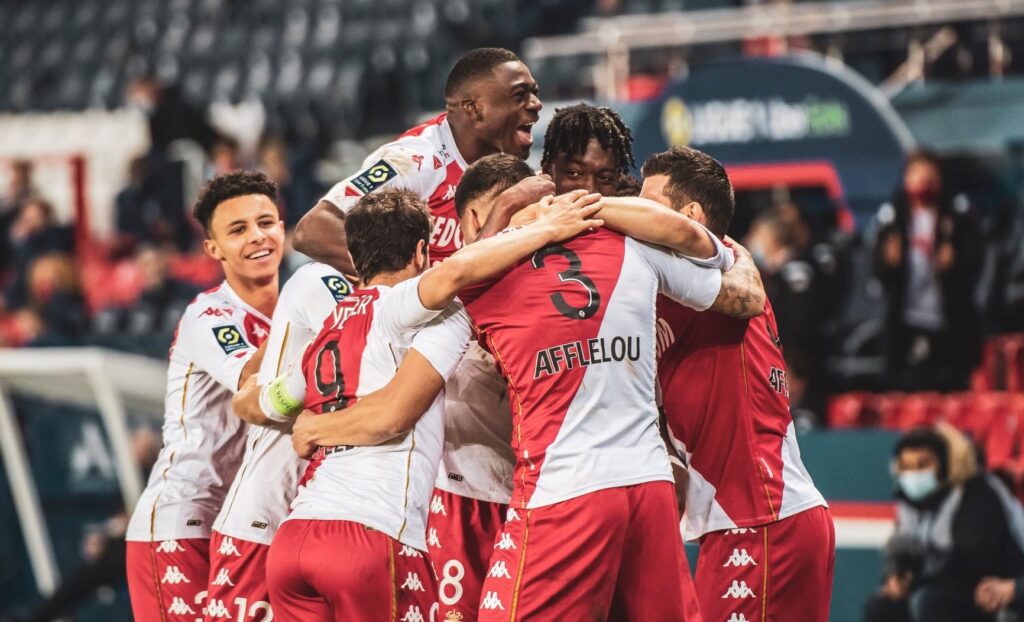 Third in Ligue 1 and finalists in the Coupe de France, AS Monaco have finished the season in an excellent position, proving their potential to go on and reach great heights.

After coming in at 17th place in the 2018-2019 season and only moving up to 7th place the following year, AS Monaco fought back hard this season. Having regained their spot in the Champions League, this year has proven their resilience and determination to succeed.

Joining the team last July, shortly after Paul Mitchell, AS Monaco’s new sporting director, Niko Kovac made his goals clear from day one: by the end of the season, the squad would make it into the Champions League. Taking over from Robert Moreno, the Croatian was the breath of fresh air that President Dmitry Rybolovlev, Vice-President Oleg Petrov and the club’s management had wanted for the team. A coach with a specific playing style, based on hard work, a fighting spirit and aggression, he was not afraid to make changes and shake things up.

Paul Mitchell shared the same mentality and wasted no time in hiring new players to give the Monégasque coach the best chance at success. It was a difficult start to the championship for the boys, different players were swapped in and out and changes were made to the game plan. However, the former Bayern Munich manager (2018-2019) eventually came up with a recipe for success and fought off many of the opposing teams during the championship. Whilst Christophe Galtier was unable to take Lille to the top spot of Ligue 1, it was Niko Kovac that took the title of best coach for his first season on the Monégasque bench.

Scoring 16 goals and making 4 decisive passes, Kevin Volland is the latest jewel in AS Monaco’s crown following an excellent transfer period. Cleverly orchestrated by Oleg Petrov, Paul Mitchell and Niko Kovac, the trio made some winning choices during their first inter-season together. A key part of Kovac’s tactics, this international German player, also competing for Joachim Löw in the Euro matches, has been one of the best transfers for AS Monaco this season.

As well as his many goals and excellent rapport with Wissam Ben Yedder, Volland perfectly embodies his coach’s values. Doggedly determined and hardworking, he knows how to cover the field, defending his own area as well as marking other players too. A former member of the team at Bayer Leverkusen, he soon made a name for himself in Ligue 1. As did Caio Henrique, the Brazilian winger and left back, who, after a stint with Atlético Madrid, has made an excellent addition to AS Monaco.

An incredible second half of the season

Sitting in fourth place after the first half of the season, the Rouges et Blancs made a killer comeback during the second half. So much so that they remained in the running to be crowned champions right up until the last day. Clocking up seven consecutive wins in Ligue 1 since the start of 2021 (51 points in 21 matches), AS Monaco became the first team to achieve such a feat since Reims in 1949. Responsable for the Monégasques triumph was the second most decisive duo in Ligue 1, Wissam Ben Yedder (20 goals) and Kevin Volland (16 goals), as well as the club’s iron defence. All of this makes AS Monaco the highest-performing team in the championship, as they scored more points (51) between days 18 and 38 than their rivals Lille and Paris (47).

>> READ ALSO: Consistent Fofana a driving force in midfield for AS Monaco

With 15 clean sheets this season (the third best Ligue 1 team in this category ), Monaco managed not to concede a single goal to the opposing team during nine consecutive matches, across all competitions. Niko Kovac’s methodical, tactical organisation is largely responsable for this achievement. Thanks to him, the team had a hybrid defence composed of two very offensive full-backs and three central defenders. Not to mention this rise of Guillermo Maripan this season. His comeback added some balance to the Monégasque defence, as his years of experience complemented the younger talents, such as Benoît Badiashile et Axel Disasi.

A triumphant team of young talent

A youthful squad with an average age of 24.7, the Monégasque team is the third youngest in Ligue 1 this season, just behind OGC Nice and Stade du Reims. Out of all the players competing for the Principality, 15 were aged 22 or below this season. Aurélien Tchouaméni, Youssouf Fofana and Sofiane Diop are three particular rising stars on the Rock, each making incredible progress in just a short space of time.

>> READ ALSO: Interview. Eliot Matazo (AS Monaco): “I was convinced by the club’s project straight away”

Crowned Ligue 1 Young Player of the Year and making the most recoveries in the championship (187 balls recovered in 2021), Aurélien Tchouaméni, aged just 21, shone in midfield. A talent in his own right, but one that shone even brighter alongside fellow midfielder Youssouf Fofana (aged 22) with the pair making up the league’s best duo. Another player worthy of mention is Benoît Badiashile (20 years old), one of Niko Kovac’s most used players, as well as another newcomer making his mark: 20-year-old Sofiane Diop. Scoring seven goals, this attacking midfielder has made himself an integral part of the team.

A president as ambitious as ever

Ten years after coming to the Rock, Dmitry Rybolovlev has once again proven his passion for AS Monaco. After buying ASM back in 2011, he has worked alongside Oleg Petrov to take the club to great heights. The fruit of their labour has certainly paid off as the team have many accolades to their name, including: a Ligue 2 title, a quarter and two semi-final Champions League matches, five consecutive seasons on the podium, two French League Cup finals, as well as being crowned French Champions. As the Rouges et Blancs now claim their sixth podium win and launch their new brand RISE.RISK.REPEAT, their success is showing no signs of stopping: success that belongs just as much to Oleg Petrov as it does to the boys on the pitch.

As they navigate the next few years, they have a brand new game plan to guide them, as Oleg Petrov explained during a recent press conference: “Next season the goal is to be on the podium. We will fight very hard to reach the top spot. It is very clear and the President is very ambitious.” In 2020, a brand new centre named “La Diagonale”, built for up-and-coming players, was opened. As well as this, after almost three years of work and a 55 million euro investment from the president, the club received the keys to their new Performance Centre in La Turbie.

So long as the team make it through the preliminary round and the play-offs next August, they will take to the pitch for the Champions League. Monaco is moving on up, ready to make their rightful mark in both France and Europe.