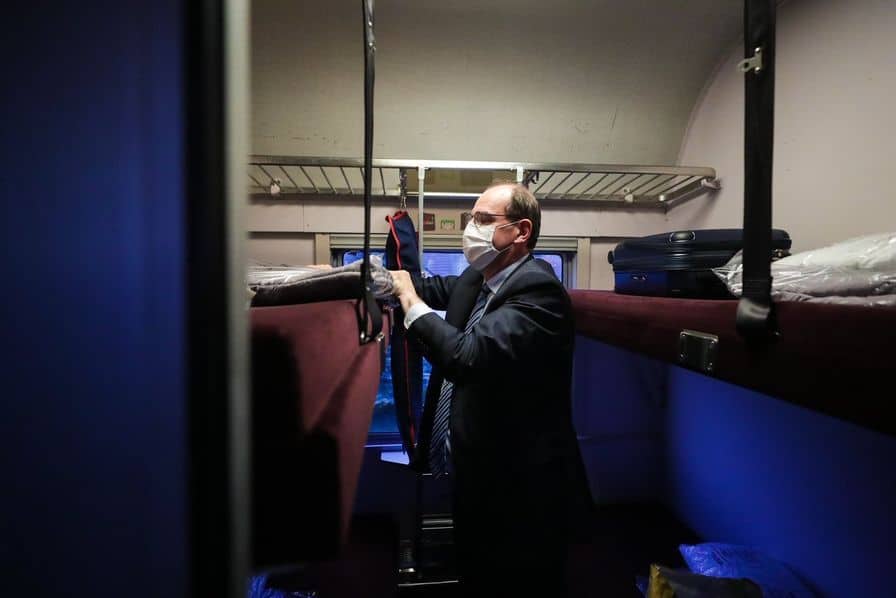 A highly anticipated return to the tracks, the Nice-Paris night train made its comeback last month. Monaco Tribune hopped on board one of the first trips to see whether our second-class journey deserved a first-rate review! Here’s what to expect from 12 hours on the tracks…

Departing from Paris Austerlitz station at 20:52pm, one immediate perk of opting for this mode of transport is the amount of time it saves you. If you want to spend longer relaxing in the Jardins du Luxembourg or shopping along the Champs Élysées, choosing the night train means you avoid losing a day to travelling. Plus, taking this 687-kilometre journey by train is much better for your carbon footprint than flying.

What does the inside of a night train actually look like?

A narrow corridor takes you down the carriage, splitting off into rooms of bunkbeds, first class sleeping four people and second class up to six. Whilst the cabins are quite a squeeze, there is still room to store a suitcase and even a designated area for bikes at the end of the carriage, provided you book in advance. Small bathrooms with toilets and sinks are also onboard.

Should I change into pyjamas?

A mistake we made so you do not have to! With six people to a room, there was even less privacy and space than we imagined. In fact, the ceiling was so low that people on the top bunk only had room to lie down, craning their necks if they wanted to sit: one of the only downsides to the journey. Rather than changing into pyjamas, most people came dressed in comfortable clothes (sweatpants, leggings etc) that were easy to sleep in and you could leave wearing the next day.

To save time and avoid rummaging around in the cabin, consider packing a separate night bag too or having everything you need for the evening within easy reach at the top of your rucksack.

As well as this, select your bed carefully, bearing in mind that people with mobility issues may have difficulty reaching the middle or top bunks. On a summer night, these are often warmer too, as we soon realised, despite the air conditioning.

Will I actually get any sleep?

Surprisingly, yes! Although the noise of the train clinking along the tracks could be heard all night long, the swaying motion was very soothing. Rocking side to side, it was quite easy to drop off. Putting earplugs in also helped to block out any noise.

Forgot your earplugs? No problem! A complimentary amenity bag, along with bottled water and a new sleeping bag, is waiting for you on your bunk. Included in the pack is an eye mask, earplugs, tissues, wipes and a mint.

Did you feel safe?

A women’s only carriage, doors locking from the inside and a conductor on hand at the information point if needed… the answer is yes! Added to this, whilst the train stops at eight cities along the way, no stops were made between midnight and 6am, so you can sleep easy. All being well, you should arrive at Nice Ville station at 9.06am.

For your next trip between Paris and Nice, we definitely recommend taking the night train. A fun, eco-friendly and cheaper form of travel, one-way tickets cost between €19 and €39 and can be booked via the SNCF website.