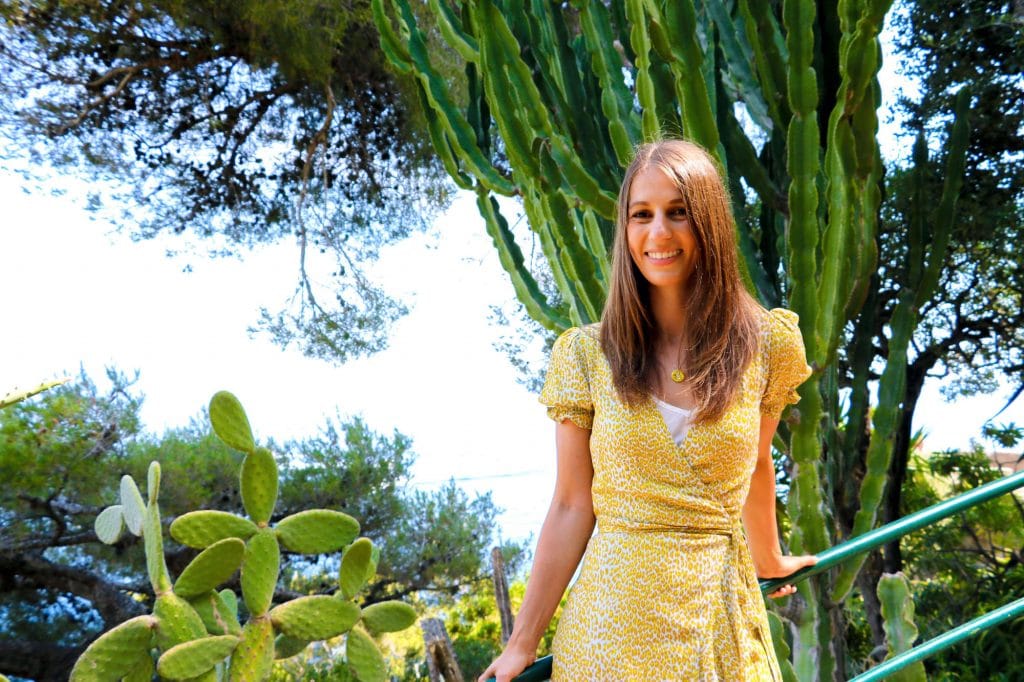 What did Monaco look like 100 years ago? To paint a picture of the Principality’s past, four individuals each shared with us a special moment from their family’s history. Picking out black and white photos and recounting anecdotes from relatives, these are stories passed down through generations, ones allowing us to delve into a century that we were not here to see.

“It hurts my heart a little to see how much the Principality’s streets have changed, but we have to move with the times,” says Christine Prevosto-Mallet, aged 54 and born in Monaco. Gazing at the photo from 1932, there is her father, still a toddler, and her grandmother posing in front of the Hôtel des Négociants, a place they used to own on avenue Prince Pierre “or avenue de la Gare”.

“In summer, I still use two sets of curtains from that we kept from the hotel my family used to own,” laughs Christine Prevosto-Mallet. Today, the hotel is no longer there and the building is a space used for yoga instead.

“Last century, small horses used to race each other on Port Hercules in Monaco. It’s a family event that means a lot to my parents’ generation,” says Géraldine Gallo Motillon, a Monégasque. “In this first black and white photograph, you can see my father Georges Gallo helping with the race.”

“As a little girl, in June 1961, my mother Sylvie came to visit Monaco’s Exotic Gardens with her parents whilst they were holidaying on the Côte d’Azur,” explains Sandy, aged 31.”As a way of celebrating the sixtieth anniversary of this photo,” she went on to pose for her own picture in front of the cacti in the Saint-Martins Gardens. “My mother and my grandparents drove down from Paris in a 4CV. Around 20 years later and my mother finally moved to the Alpes-Maritimes department!”

“Dante Agliardi, my great grandfather, sculpted some of the columns at Monaco’s Oceanographic Museum,” explains Muriel Agliardi, a Monégasque, as she pulls out this photo taken on the 15 August 1902. “What amazes me is the size of my grandfather next to the sculpted piece decorating the top of the column!” Adding to this, the descendant of the sculptor, says “painting, working with stone, I really love this type of art, it must be in my genes!”

>> READ ALSO: A photographic history of Monaco, from 1860 to today