Are dogs happy with their lives in Monaco? 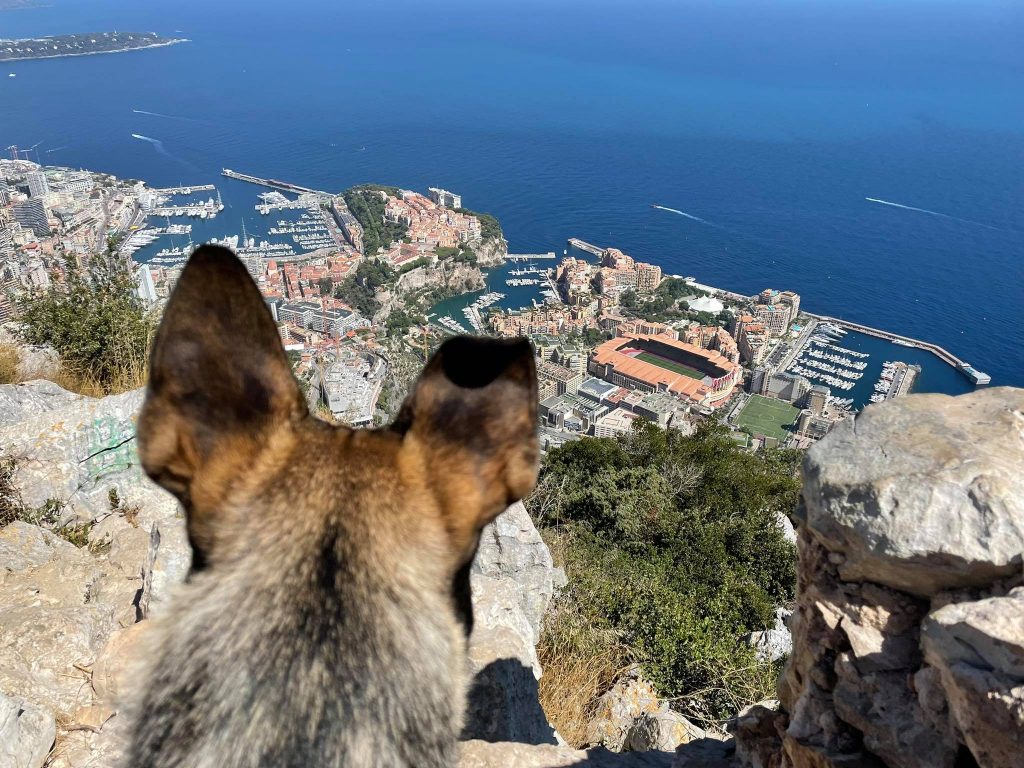 Labradors, bulldogs or Chihuahuas, there are many of them roaming the Principality every day. Monaco Tribune meets the dogs of the Principality and a few talk about their living conditions.

According to Your Monaco, it appears that the Principality is concerned about the well-being of our dogs. On the site, you can find all the spaces dedicated to our canines. For example, a short walk from Trocadero in Monte-Carlo. The space, although tricky to find, allows animals to stay for as long as they need. This is helped by the fact that the agents of the Société Monégasque d’Assainissement (SMA) regularly clean the area.

During our walk, something that immediately stands out is the presence of rubbish bins and waste bag dispensers in any district. Indeed, Monaco encourages its inhabitants to protect the space where they live as much as possible. All the more so as if our pooches leave their dejections in the open air, they risk a fine of 300 euros.

>> READ MORE: Is Monaco still as clean as ever?

So can we say that our dogs can go wherever they want? We quickly find out that that’s not the case! Grassy patches, beaches and gardens, there are many areas that do not welcome our animals. We notice this at the Japanese Garden which welcomes its visitors with the sign “No dogs allowed.” The few grassy areas of Monaco are explicitly forbidden to dogs with the same signs.

This ban is also in effect on Larvotto beach. Dogs are forbidden in the beach area, but they can, however, walk anywhere on the refurbished complex. There is even an area for their needs on the edge of the beach.

>> READ MORE: “A modern beach that suits Monaco”: our readers share their views on the new Larvotto beach

It is near the latter that we meet Guizmo, a nine years old Shih tzu who is walking near the Larvotto. An “exceptional” situation for Gui-Gui who explains to us: “usually, I walk on the Chemin des Douaniers in Cap d’Ail, dogs are accepted there and we have the sea!” Is it to have more space? “Of course!” his owner, Dominique, answers without hesitation. “Everything is forbidden for dogs in Monaco, it’s really complicated.”

A severe lack of green space

After the sea, we get closer to the Condamine. There we meet Aldo, also known as Doudou. This young one year and one month old husky-beauceron mix explains to us that “the few grassy spots we have are little enclosures where all the dogs do their business.” This is a problem for Aldo, but also for his owner Yves, who feels that the dog has no real space to exercise. “When my wife goes running with Aldo, it’s in Cap d’Ail. Despite this Aldo tells us that he is “very satisfied” in Monaco. Nevertheless, before leaving, he tells us about a subject that bothers him: “people have to pick up after their dogs!”

To confirm this, we meet Ixie, a nine-year-old French bulldog. Ixie, or Titine to her friends, explains: “I used to live in Fontvieille and then I moved to Agaves and now there’s not a single patch of grass!” Her master, Jordane, adds that this lack of green spaces “means that the dogs do their business all over the street”. Business that isn’t picked up afterwards? According to Jordane, this problem may be due to the fact that the bag dispensers are not always replenished. Nevertheless, Ixie says that when they meet SMA officers “we ask for the rolls directly and they give them to us without any problem.”

We continue our investigation in the Monte Carlo area, in the Casino Gardens. On our way, we come across an SMA agent, Hadad. Does he often have to pick up after dogs? His answer more than surprised us. “Either there are no dogs here or the dogs don’t poop!” Reassuring news for the neighbourhood, but especially for the owners who continue to pick up after their dogs. “I don’t know where they got their dogs, but they are well behaved. In the Monte Carlo area, I mainly pick up leaves and cigarette butts.”

Is your dog happy with his life in Monaco? Tell us all about it in our Facebook group.