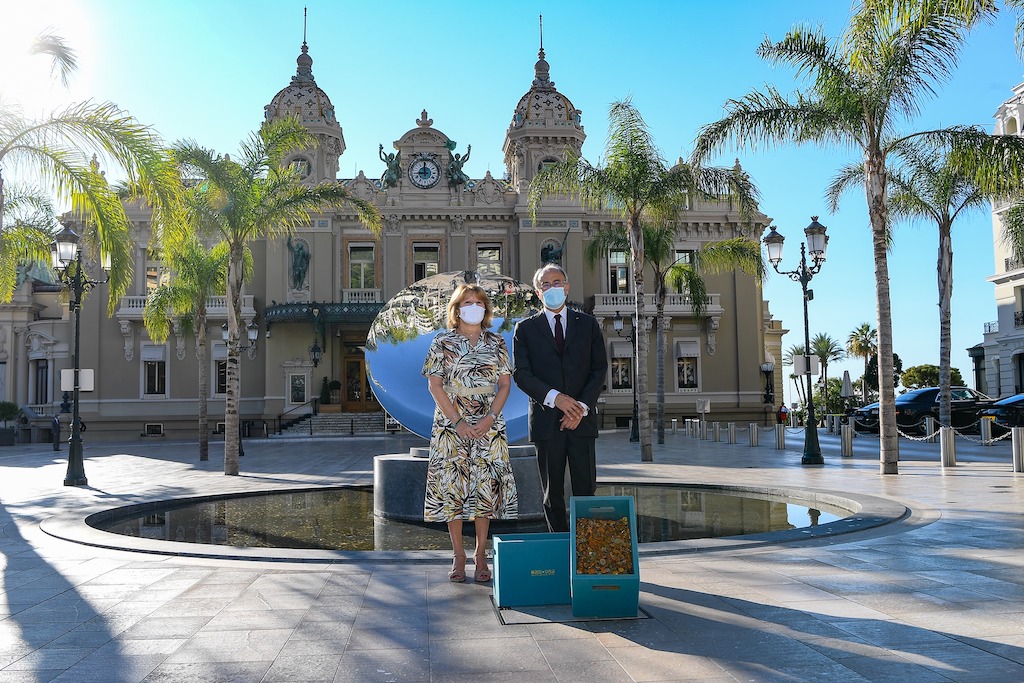 The Fight Aids Monaco association has now received the coins collected over the last 18 months in four fountains located on the Casino Square.

115 kg of coins (approximately 3,500 euros): this is the donation made by the Société des Bains de Mer (SBM) to the Fight Aids Monaco association. It is the result of a year and a half’s collection in the fountains of the Monte-Carlo SBM Resort.

Jean-Luc Biamonti, SBM’s deputy chairman, wished to donate the thousands of coins thrown by visitors to a charity. The choice fell naturally to the Princess Stéphanie association. “We said we would donate them to a charity and we chose Fight Aids because we think it’s a very good cause,” he told our colleagues at Monaco Info. For the time being, the use of this money has not yet been determined.

The Fight Aids Monaco association, founded in 2004 by Princess Stéphanie, fights against HIV. It supports its members in their daily lives and carries out prevention activities to inform the general public.

On 16 September, the Princess of Monaco Cup golf tournament will be organised in aid of the Princess Charlene of Monaco Foundation and the Fight Aids Monaco association.