The Maybourne Riviera: the 100 million euro project is finally complete 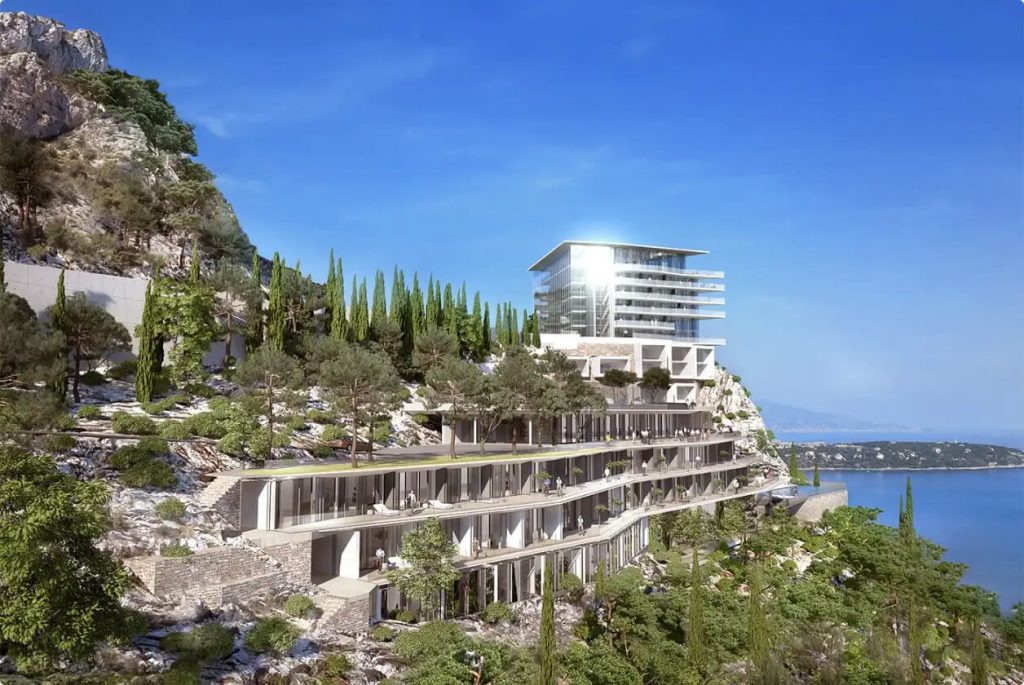 A controversial project, slowed down by the concerns of local residents and environmental associations, The Maybourne Riviera hotel is expected to open its doors in the summer of 2021.

Years of work and controversy

Situated in a Natura 2000 area, local residents and environmental associations have pointed out the danger of such a building for the volatile and reptilian fauna, as well as for the maintenance of the cliff which overhangs the Bon Voyage district of Roquebrune-Cap-Martin.

A doubt supported by an initial rockfall in 2005, and which motivated a resident of Roquebrune just below the hotel to file summary proceedings to the Tribunal de Grande Instance of Nice.

The building permit was finally validated in late 2017, accompanied by an obligation to stabilise the cliff before the beginning of work on the hotel.

Six years of work for a complete transformation

Bought in 2014 by former Emir of Qatar and PSG owner Hamad bin Khalifa al-Thani, the former Vista Palace has undergone a transformation and has gained 30% more space.

This was a particularly technical project, since the 20 brand new rooms in the hotel were built directly on the cliffside. Four “cave rooms”, built on concrete slabs inserted into the rock, were created, along with 15 new luxury suites overlooking the Principality. The high-end residence, which is expected to create 110 to 130 jobs, offers a spa with an indoor pool and an outdoor infinity pool.

In addition to a breathtaking view of the Monegasque bay and the luxury of a palace aiming for the very top of the range, the new owners intend to make The Maybourne Riviera an unmissable gastronomic stop on the French Riviera.

Future guests will have the chance to savour the creations of two world-renowned Michelin-starred chefs: Mauro Colagreco, starred chef of the best restaurant in the world, and George Vangerichten, Alsatian chef who already owns several establishments around the world.

And you, what do you think of this project? Share your opinion with us on our Facebook group: Monaco : C’est à vous ! or by email.