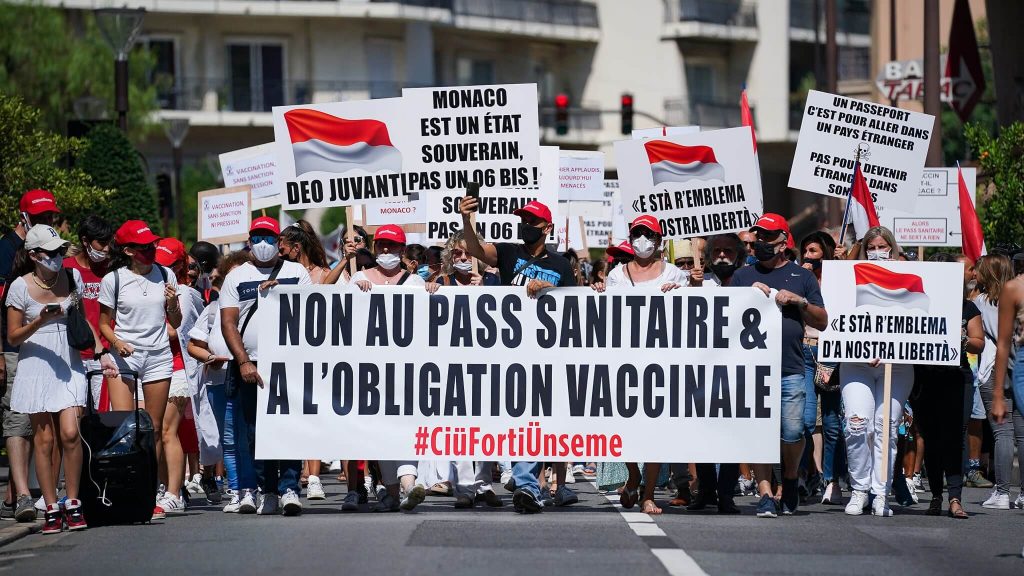 An unprecedented event in the Principality. Two other marches are subject to the authorities’ approval.

Parents with their children, health-care workers, students… There were 1,200 people according to the organisers, who gave stickers to participants. Nevertheless, the Public Security Department counted between 750 and 800 people, 15% of whom were children.

“We are defending free choice, the freedom to choose, we are here to fight against compulsory vaccination and against the health pass, which for us is an absurdity,” said a demonstrator to Monaco Info.

Before the demonstration, Pierre Dartout, Minister of State, reminded Monaco Info that “the law, as it is presented, is an obligation limited to the health professions and the government does not intend to change this”.

Obligation to wear a mask

The Public Security Department was clear that two of the conditions for the rally to go ahead were the obligation to respect health measures and the prohibition to brandish wrongful slogans or messages. These were indeed respected and pave the way for two more demonstrations.