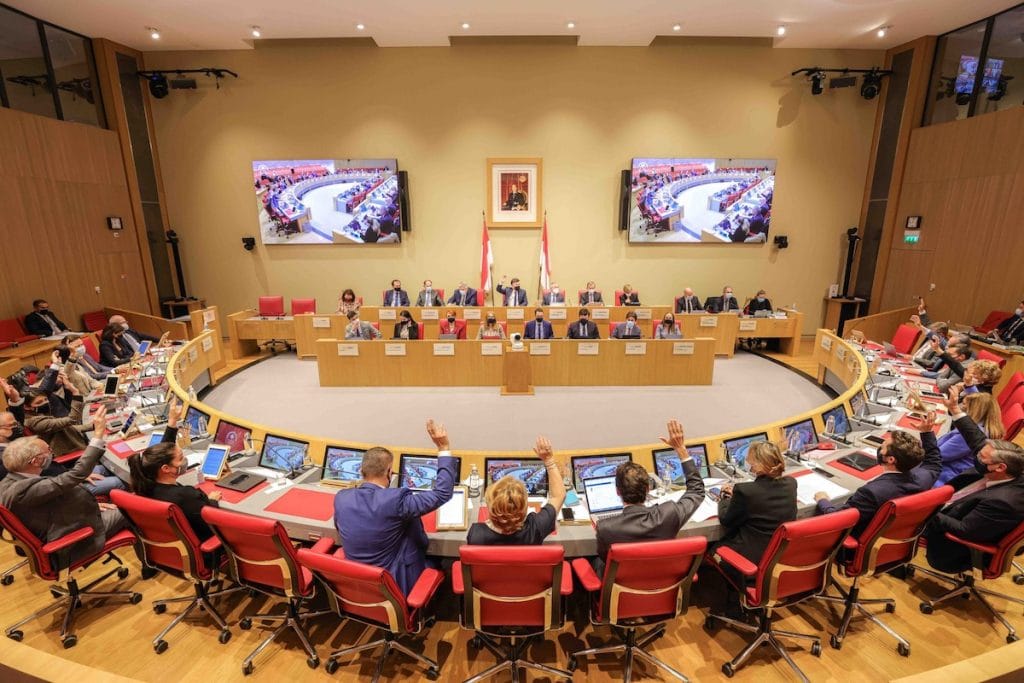 The National Council met on Wednesday, November 24 in Public Session.

Acquisition of nationality by marriage

Resulting from a bill voted by the Assembly, this text concerns the time required to become a Monegasque citizen by marriage. Up until now, the period was ten years, but as of June 30, 2022, it will be twenty.

Vice-President Brigitte Boccone-Pagès, who presented the proposed legislation, explained the extension: “20 years represents the time it takes a generation to fully integrate into our community, share our identity, our culture and our attachment to the Sovereign Prince and the Princely Family.”

The text was adopted with 16 votes in favour, two against and three abstentions.

The fight against bullying and violence in schools

Adopted unanimously, this text calls for awareness-raising activities in schools, aimed at teachers and pupils alike. A resource person will also be appointed in each school to listen to the victims and witnesses as well as to those who commit these acts.

Another important point is that the bill includes a number of provisions to establish administrative liability for failure to organise the public education system, and criminal liability for the perpetrators of harassment or violence.

In addition, the text provides for the creation of a dedicated person of reference within the Department of National Education, Youth and Sports, with the appointment of a Delegate for the fight against harassment and violence within educational establishments.

Other texts will be debated by the National Council on December 2 and 15.

>> SEE ALSO: What are the main priorities of the National Council of Monaco in 2021?