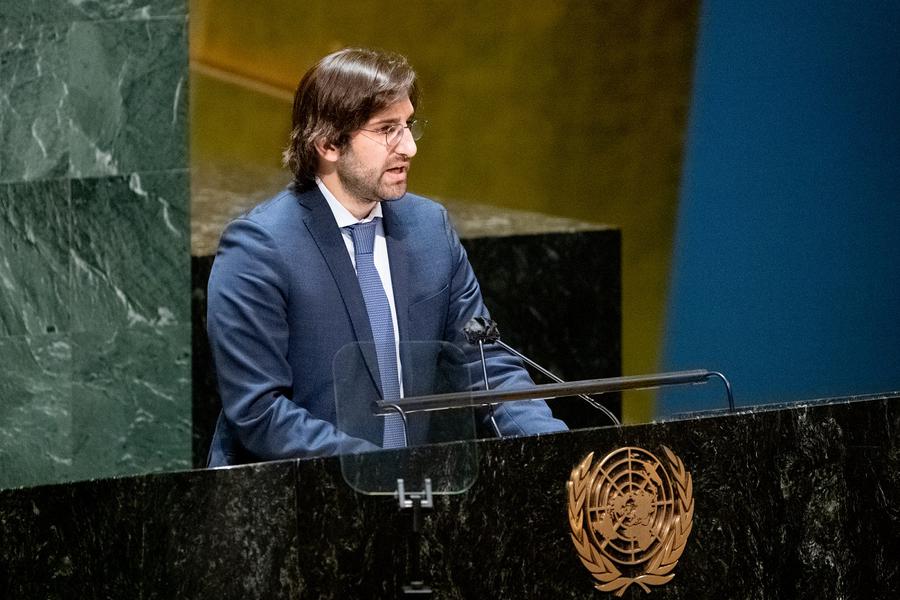 As 2021 comes to a close, the Prince’s Government has taken part in numerous international conferences on such cricial themes as the environment, public health and diplomacy.

Regional Forum of the Union for the Mediterranean

As part of the Sustainable Development Goals set by the UN, Mr. Laurent Anselmi outlined the Principality’s actions that contribute to the protection of the Mediterranean Sea.

The purpose of this second extraordinary session was to prepare a response to current and future pandemics. An intergovernmental negotiating group, co-sponsored by Monaco, was set up to “bring the international community together” and create a common health policy.

The objective of the meeting was to better regulate the use of chemicals that act on the central nervous system, during law enforcement operations. The Principality renewed its financial support for the activities carried out by the Organisation in Syria.

The Government took part in this assembly , which was aimed at discussing the future of tourism in a post-Covid world, and the best strategies to adopt. Representatives also spoke of the importance of greener tourism.

The General Assembly adopted the resolution “Building a peaceful and better world through sport and the Olympic ideal”. Isabelle Picco took the opportunity to remind those present that solidarity and team spirit are essential in sport and in life.

Speaking to the members of the Organisation for Security and Cooperation in Europe, Laurent Anselmi stressed the extent to which multilateralism is essential for a better world (ecology, human rights, fight against discrimination…). In addition, he signed an agreement ensuring a financial contribution by the Prince’s Government to a scheme to combat human trafficking.

The agenda of this Assembly was focused on the protection of oceans and seas.  A crucial subject for the Government, whose representative Florian Botto spoke on the rights of the ocean.  He underlined the Principality’s will to preserve marine biodiversity, which he considers inseparable from the very identity of Monaco.

The Principality signed a bilateral agreement on the recognition of diplomas between Russia and Monaco. The agreement aims to develop student mobility between the two countries.