Monaco, a major player in preserving the poles 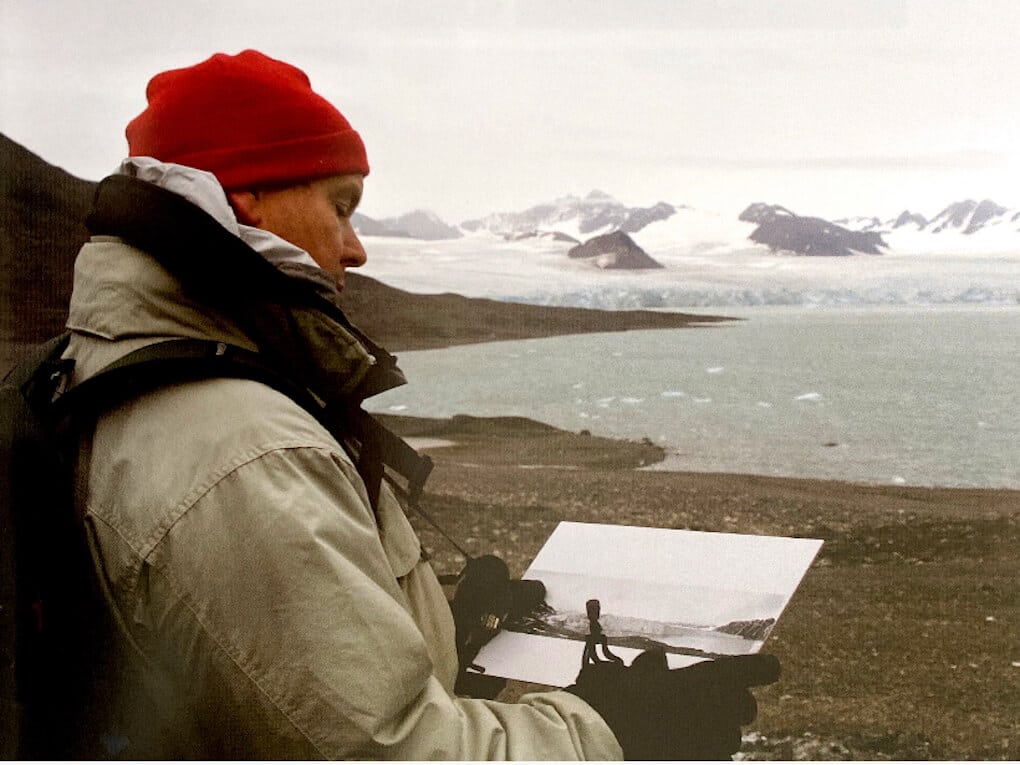 © During a trip to Spitzberg in 2005, and following in the footsteps of his great-great-grandfather Prince Albert I, Prince Albert II of Monaco observed the retreat of the Lilliehöök Glacier – Prince’s Palace

Prince Albert II addressed the environmental problems facing the Arctic and Antarctic poles during a symposium on 24 and 25 February. On the same occasion, the Institute of Oceanography, the Prince Albert II Foundation and the Scientific Centre of Monaco discussed the Principality’s actions at a press conference.

Are the Arctic and Antarctica protected from our pollution? Quite the contrary. Despite their geographical distance, the two poles are more affected than ever by human activity and its consequences. This is why Prince Albert II brought together experts and scientists for a symposium, the day after the publication of At the Heart of the Polar Worlds, a book whose preface was written by the Sovereign Prince.

Many scientists gathered in Monaco

According to Robert Calcagno, the book’s author and Director General of the Oceanographic Institute, the climatic threats to the poles “are the same as those faced by the Earth and the oceans. Plastic pollution can be found even in the depths of Antarctica! We often find heavy fuel oil from ships sailing off the poles [fuel oil that will be banned from 2024 in the polar zones, a measure supported by the Prince Albert II Foundation] as well as greenhouse gas pollution. Overfishing and overexploitation have also increased in recent years.”

Having established this, what can be done about it in concrete terms? The ‘The Cold is Getting Hot’ symposium brought together a lot of  participants in the Principality at the end of February. The symposium was reserved for scientists, with no political figures present apart from the Sovereign Prince, and focused on four themes: the study of polar changes, the contributions of these polar changes to global climate change, the impact of this climate change on the societies and economies of the two poles and the measures that can be put in place internationally.

One of the highlights of the event was the signing of the Polar Initiative Framework Partnership Agreement by the research partners on the first day. This programme, which will run until 2025, is based on strengthening scientific knowledge and resources, but also on awareness-raising and conservation actions in the polar regions.

SEE ALSO: A strong message from Prince Albert II as his Foundation turns 15

We are aware of the Sovereign Prince’s powerful commitment to the environment and its preservation, but the Principality’s interest in the North and South poles is not new.

“The Principality of Monaco has been interested in the poles and polar regions for over 150 years,” says Robert Calcagno. “At that time, Prince Albert I bought his first scientific exploration ship. At the very end of the 19th century, he led four explorations to the Svalbard archipelago. (…) Not forgetting Commander Cousteau: 50 years ago, the Calypso started out from the Oceanographic Museum to explore Antarctica, the beginning of a commitment to protect it.”

“Prince Albert II’s life journey has been marked by two trips,” said Olivier Wenden, Vice-President of the Prince Albert II Foundation. “The first to the North Pole, at Spitzberg in 2005, a hundred years after his great-great-grandfather, where he observed the ice melt and loss of biodiversity. The second expedition, in 2009, was to the South Pole. To this day, Prince Albert II is therefore the only head of state still in office who has been to both poles. He quite happily calls himself the bipolar Prince.”

The Sovereign Prince’s aim in creating this symposium was to bring together the fundamental, economic and human sciences with regard to the two polar regions. “We cannot stop climate change in these regions, but we must already think about the urgent mitigation measures that need to be taken into account,” Olivier Wenden concludes.

SEE ALSO: Behind the scenes of the Venturi Antarctica, the first electric polar exploration vehicle

Another strong illustration of the Principality’s commitment to the polar regions is research. Monaco’s Scientific Centre (CSM) has been carrying out significant work in these areas since 2010.

Céline Le Bohec is a researcher at the CSM. She and her colleagues study seabird populations, including penguins. The aim: to assess the adaptive capacity of these animals in the face of climate change and to provide useful tools for preserving polar ecosystems and biodiversity.

By monitoring populations of Royal, Adélie and Emperor penguins, the CSM has become fully aware of the impact of climate change in the polar regions.

“The Royal penguins are very, very sensitive to the warming of their ecosystem,” says Céline Le Bohec. “An increase of only 0.3°C in the surface temperature where penguins feed in winter, results in a 10% decrease in adult survival. Approximately 70% of the world’s population of Royal penguins could disappear if action isn’t taken to stem global warming immediately and drastically.” Other work has been carried out, such as the study of the effectiveness of existing Marine Protected Areas.

All these measures testify to the Principality’s commitment to the poles, a commitment that will be consolidated by future symposia to be organised in the years to come.