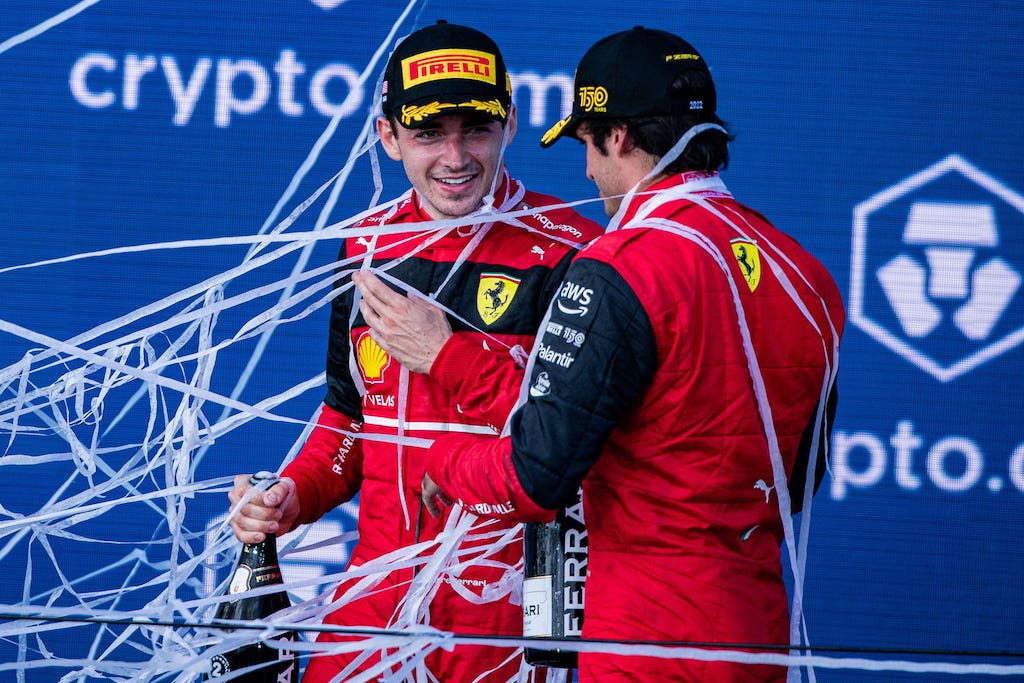 He’s back. Winner of the Emilia Romagna Grand Prix, Max Verstappen doubled down for the very first edition of the Miami Grand Prix, despite the two Ferraris starting ahead of him.

Everything was decided early in the race. Quickly overtaken by the reigning world champion, Carlos Sainz and Charles Leclerc could do nothing to keep Max Verstappen in check, and he sped to victory without ever looking back.

Leclerc still ahead in the drivers’ championship

The Dutchman has the higher victory tally with three Grand Prix wins compared to Charles Leclerc’s two. But the Monegasque driver, who has had a stunning start to the season, still has a nineteen point lead over his challenger in the world championship.

SEE ALSO: Monaco Grand Prix to remain on calendar beyond 2022

“I thought I was going to be able to overtake Max but today, they had the advantage in terms of pace”, the Monegasque driver admitted at the finish. “We need to keep pushing. Upgrades will be important throughout the year and I hope now we can do a step up from next race onwards. It’s a very exciting start to the season right now, which is what we all wanted.”