Prince Albert II and the influencer GMK meet up 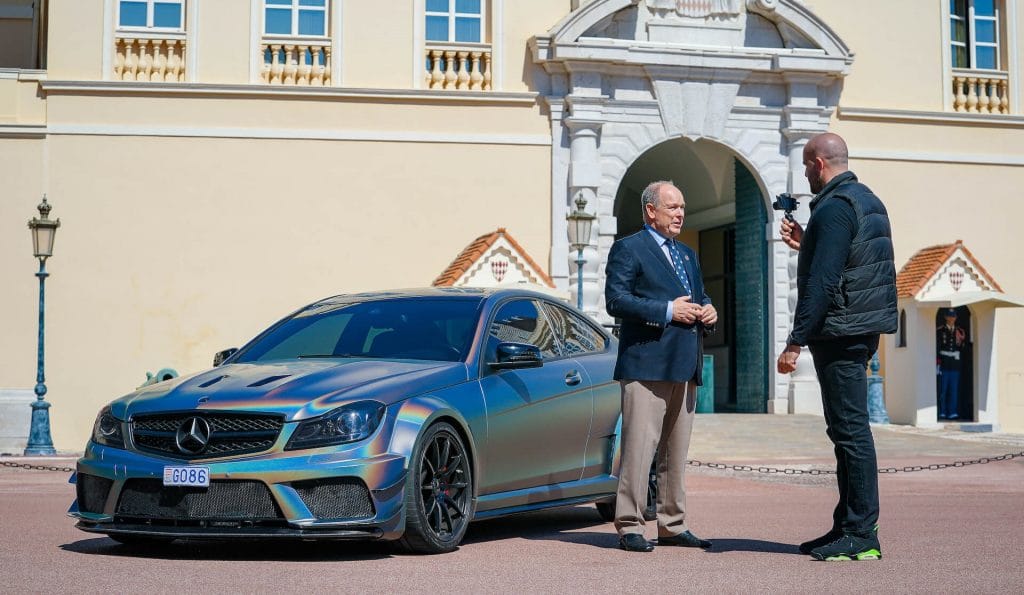 Georges Maroun Kikano aka GMK came to the Prince’s Palace on Wednesday morning, for an exclusive meeting with Prince Albert II. Not surprisingly, the discussion was centred on automobiles.

The Youtuber with more than 1.5 million subscribers came in his Mercedes-AMG GT Black Series for an encounter that was important to him. Speaking to Monaco Info, the Monegasque resident admitted to being “a bit stressed” and experiencing “a crowning moment”. His enthusiasm also showed on his Instagram account: “This is the most important photo for me since I started posting on social networks”.

GMK creates “vlogs”, internet video posts, on the theme of cars. Not just any cars though: they have to be of the luxury, racing or simply rare and impressive variety!

The Youtuber has regular guests when he presents a vehicle and his meeting with Prince Albert II will be no exception to the rule.  There won’t be any driving, but there WILL be an interview with the Prince, with GMK behind the lens. “I came to talk to the Prince about the relationship between Monaco and the automobile,” the influencer divulged in the Monaco Info report.

The Monegasque has also recently been appointed ambassador at the Top Marques Monaco event, on 11 and 12 June. THE luxury automobile event, which will suit him down to the ground.