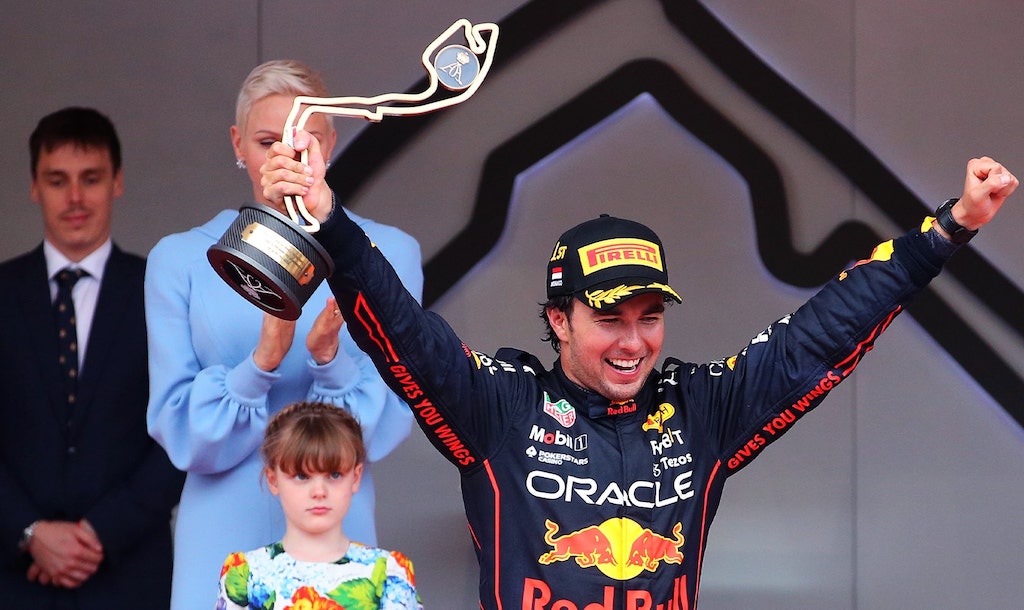 The 2022 Monaco Grand Prix was not short on spectacle, with driving rain, red flags and a historic victory.  Here’s a look back at the main highlights of the race.

Rainfall has been scarce in recent weeks in the Principality. But on Sunday afternoon, it added a bit of spice to the 79th Monaco Grand Prix. Heavy rain drenched the track just a few minutes before the start of the race, forcing race management to postpone the start time.

Fifteen minutes later, the race finally got underway, behind the safety car. But only for a few laps, as the rain became heavier, forcing the racing cars back into the pits..

LIRE AUSSI : Monaco Grand Prix to remain on calendar beyond 2022

After more than an hour’s delay all told, the Grand Prix finally got started, again behind the safety car. Under unpredictable skies, with the sun only coming out for the last lap of the race, the Grand Prix was spared any further showers.

For the first time in his Formula 1 career, Charles Leclerc passed the chequered flag at the Monaco Grand Prix. But the Monegasque driver, who started in pole position and dominated throughout the weekend, found it difficult to be content with his fourth place finish, after having victory in his sights.

Victim of a strategic error by the Scuderia Ferrari, Charles Leclerc, who had been well ahead in the race, found himself fourth after both Red Bulls had boxed. Much to the huge annoyance of the Monaco driver, who was deeply disappointed after the race.

“I’m gutted. I did everything right. We had everything we needed for the win, but we threw it all away. This cannot happen too often in a year. There’s still a long way to go in the season, but we can’t afford to race like this.”

Errors aside, if Scuderia Ferrari missed out, it was also because Red Bull got their strategy spot on, in a race that had become chaotic and unpredictable due to the rain. The Austrian stable made the right choice in bringing Sergio Pérez into the pits first to test the intermediate tyres.

Sergio Pérez caught up with Charles Leclerc in just two laps, taking first place from him and overtaking Carlos Sainz at the same time. With Ferrari’s misfortune, Red Bull got Max Verstappen on to the podium, taking valuable points from Charles Leclerc in the world championship rankings.

A double whammy that enabled Red Bull (235 points) to consolidate its position as leader in the manufacturers’ world championship, ahead of a Scuderia Ferrari (199 points) that was a little dispirited after a race that should have been theirs.

A first win for Sergio Pérez

The Mexican driver, on the other hand, had a dream weekend in the Principality. Starting third on the grid, Sergio Pérez (Red Bull) took full advantage of his team’s bold choices ad found himself leading the race.

The Mexican was hounded in the closing laps by Carlos Sainz, who almost passed him, but he held on to take his first win of the season. And above all, his first victory at the Monaco Grand Prix.

Max Verstappen’s teammate will have to be reckoned with this season in the race for the title. As is the tradition in Monaco, he received the winner’s trophy from Prince Albert II.

The pictures are chilling. But fortunately there were no serious consequences. Mick Schumacher (Haas) completely lost control of his car and crashed violently into the safety barriers.

He was forced to abandon the race, but thankfully the German driver was unharmed. Unlike his single-seater, which was completely destroyed and had to be removed by a crane, bringing the race to a temporary halt.