Water Safety Days: teaching children how to save lives 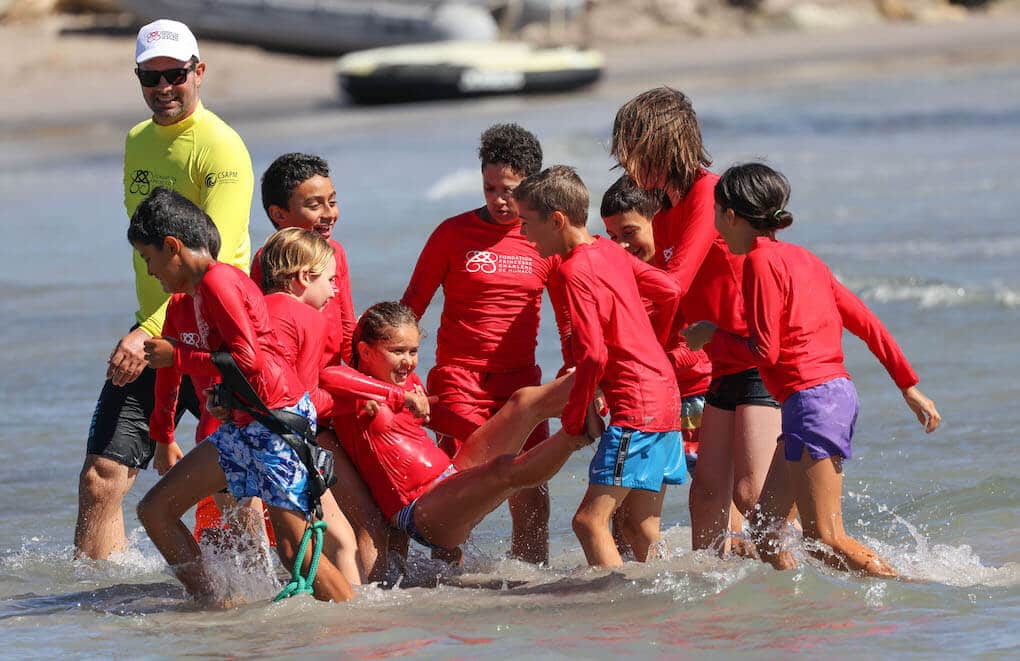 A year after the first edition, the “Water Safety Days” were back for two days in Calvi.

The Princess Charlene of Monaco Foundation is continuing its work to raise awareness of the risks surrounding the sea. On Friday 10 and Saturday 11 June, the Foundation was in Calvi, Corsica, running activities and fun workshops to prevent drowning and raise awareness about the preservation of the marine environment.

Friday was entirely devoted to Calvi’s Primary 6 (5th grade) pupils. Accompanied by local organisations, the children attended workshops involving both theory and practice. For example, they learned how to carry out rescues using rescue tubes and nipper boards, as well as how to perform Cardiopulmonary Resuscitation (CPR).

At the end of the day, the children received a certificate of initiation in lifesaving sports from Gareth Wittstock, Secretary General of the Foundation and Princess Charlene’s brother.

On Saturday, several local organisations met on the Port Xavier Colonna, this time to provide activities for the general public. Residents were able to discover marine wildlife, learn how to sort and recycle plastics, try water bikes, learn about scuba diving and have fun recovering waste at sea thanks to the “Jellyfishbot” and “DPOL” robots.