Albert I of Monaco, Prince of the Seas 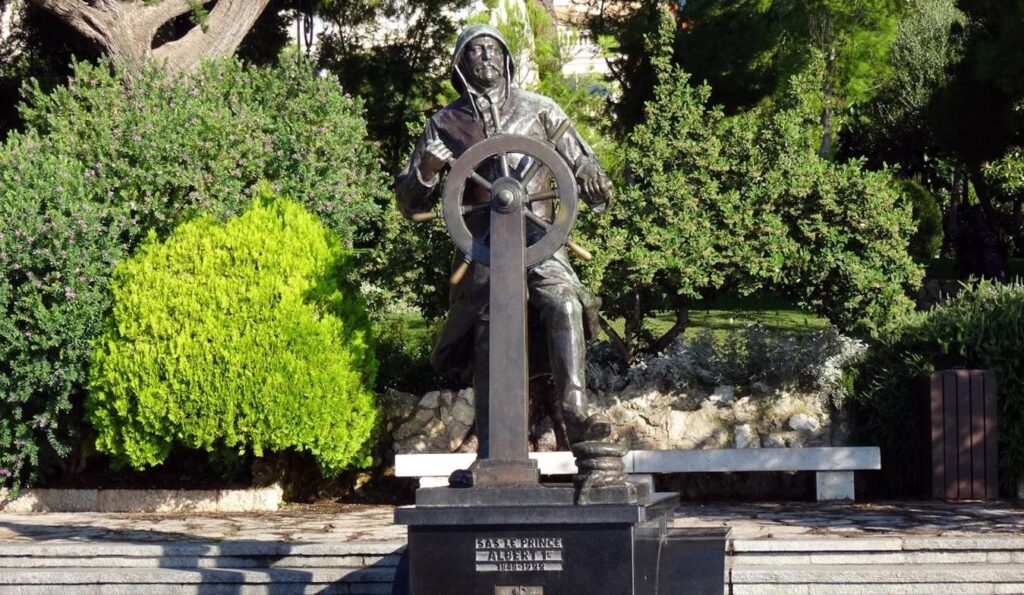 As a lover of the sea, Albert I discovered in it his very reason for being. First in the navy, then during oceanographic exploration campaigns aboard his yachts.

Born in 1848, Prince Albert I showed a deep passion for navigation from a very early age. At 18, he joined the Spanish Royal Navy as an ensign, traversing the Atlantic on the training frigate Tetuan, then on board the Gerona.

In 1870, he fought in the French army against Prussia. For his courage, he was awarded the rank of lieutenant of a foreign ship and the cross of the Legion of Honour. In the Spanish navy, he was promoted to frigate captain and then to rear admiral.

His passion for thalassographic research

During an exhibition at the Museum of Natural History in Paris, the Prince discovered the results of the first British and French explorations demonstrating that marine life extends to more than 4,000 m.

Captivated by this, he stopped fighting and devoted himself to thalassographic research which concerns the study of seas and gulfs. In the autumn of 1873, he bought the Pleiad, a fast schooner, which he renamed the Hirondelle. In 1885, he began a series of exploration campaigns in the Mediterranean and the Atlantic on board.

The first study concerned the Gulf Stream, a warm current crossing the Atlantic from the Gulf of Mexico. To determine its precise trajectory, floating objects of all kinds (copper spheres, oak barrels, glass bottles) containing a message translated into ten languages were dropped at specific locations.

Albert I then decided to undertake a zoological quest. His goal: to explore every level of the depths of the sea, especially the intermediate depths most populated by animals. He used large marine mammals as “collaborators” in his research by capturing and studying of the stomach contents of stranded animals. 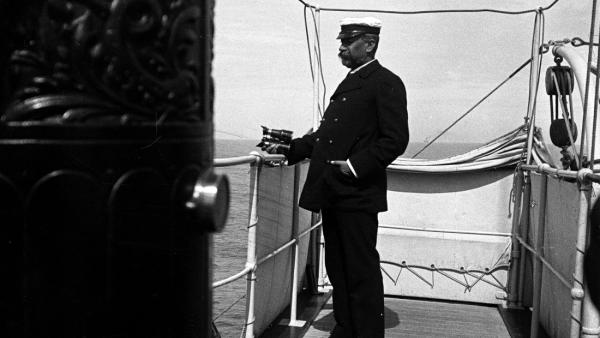 The “Prince of the Seas” Albert I of Monaco. Collections of the Oceanographic Museum

In 1889, he succeeded his father Charles III as Sovereign Prince of Monaco. As his resources grew, he replaced the Hirondelle, a robust vessel that was ill-suited to scientific research. On the Princesse Alice, a three-masted schooner of 52.60 m, Albert I employed specialists in bacteriology, meteorology, and physiology. In 1897, the discovery of a 5,530m pit in the Atlantic (called the Monaco Pit) marked the boat’s last campaign.

The conquest of the poles being a common desire amongst avid seafarers, the Prince set out to conquer the Arctic and Spitsbergen, in the Svalbard Archipelago of northern Norway. He left upon on a two-mast schooner, the Princesse Alice II.

At 80°1 north latitude, he carried out numerous dredging operations to better understand the marine fauna of this extreme environment. He was able to study the makeup of this mysterious landscape through topographical and hydrographic surveys during the summer of 1899. A few acres of snow in front of the Dutch and Danish islands were named “Terre Albert 1er”.

In 1901, the Prince endeavoured to create an international meteorological service in the Azores. Completed in 1905, nearly 400 stations around Madeira, the Azores, and the Sargasso Sea made it possible to study climates and winds employing stratospheric balloons sent up to 16,000 m in altitude. It also helped produce a general map of the oceans’ depths.

A tireless disciple of knowledge, the Prince carried out 28 campaigns from 1886 to 1915, nearly 4,000 operations of all kinds such as dredging and trawling. He never ceased to improve his techniques and methods and to test new gear. He said that he was “cultivating science because it spreads light and light generates justice“.