In light of current events, museums and galleries around the world are opening their doors to the virtual public to fight back lockdown boredom. YouTube videos, virtual tours, online talks, and exhibit demonstrations are appearing all over their websites and social media. And the Oceanographic Museum of Monaco is no exception.

The museum, which neighbours the Prince’s Palace, home of Prince Albert II, has followed suit. It has been closed to the public since 17th March, the first time since the Second World War. But thanks to a team that is more tech-savvy than ever, the museum has ensured that its work can continue. The original promises made in the first oceanographic expeditions by Prince Albert I will be upheld even during this trying time: taking care of marine life and emphasising the importance of our relationship with the ocean.

Each measure has been put in place to ensure the best living conditions for the animals at the museum. A reduced number of the original team is on-site to guarantee the day-to-day operations of the aquarium run smoothly. Currently, they are working with a zebra shark that has needed extra medical attention due to rapid weight loss. The animal is now being closely monitored.

In addition, some of the staff work from home, in line with the majority of Monaco residents. These teams have curated an online programme of “events” and activities so that you won’t go bored at home.

Discuss
With the hashtag #VivonsLocean, the museum offers daily opportunities to discover and share stories about the marine world on social media and their website. For the most curious “visitor”, specialists will go live every Wednesday at 10 am on Facebook and Instagram to answer your questions. Topics range from coral, octopus species or even the reproduction methods of Amphiprion ocellaris!

Watch
Virtual tours are available through the 360 Monaco tool. And it really is as if you were there. As one of the most important buildings in Monaco, you can enter via the virtual tour and discover 90 different areas of the museum. With 350 different kinds of fish and more than 6000 species in total, it would be hard to get bored. If you want to find out even more, there are a large number of YouTube videos on their channel.

Listen
Jacques-Yves Cousteau was a widely-renowned French oceanographer, his work spanning the greater part of a century. He was a documentary-maker, a trailblazer in environmental protection, and pioneered the first “Scuba” device, known as Aqua-lung. And now, the museum is screening one of his interviews on their website to allow a wider audience to be inspired. In this interview from 1974, the oceanographic explorer deals with questions that remain at the heart of current events.

“The ocean is life, that’s to say, our life is intimately linked with that of the ocean” YJC

Reflect
Mindful colouring has been all the rage recently, and now the museum has taken advantage of this calming activity to lead people to reflect on the importance of the ocean as part of the global ecosystem.

If you want to deepen your understanding of the ocean, it is possible to do a tour of the museum library. The museum shares information about marine life aimed at all ages, hoping to raise even more questions from their learning experience. For example, did you know that corals are living creatures, not plants? You can also take to the open seas with the founder of the museum Prince Albert I, or even learn more about sharks, overcoming the fear with “Sharks: Beyond Misunderstanding”.

Enjoy diving into the world of knowledge! 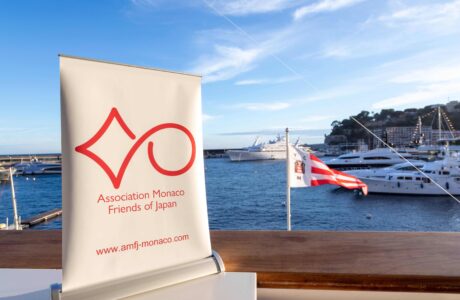