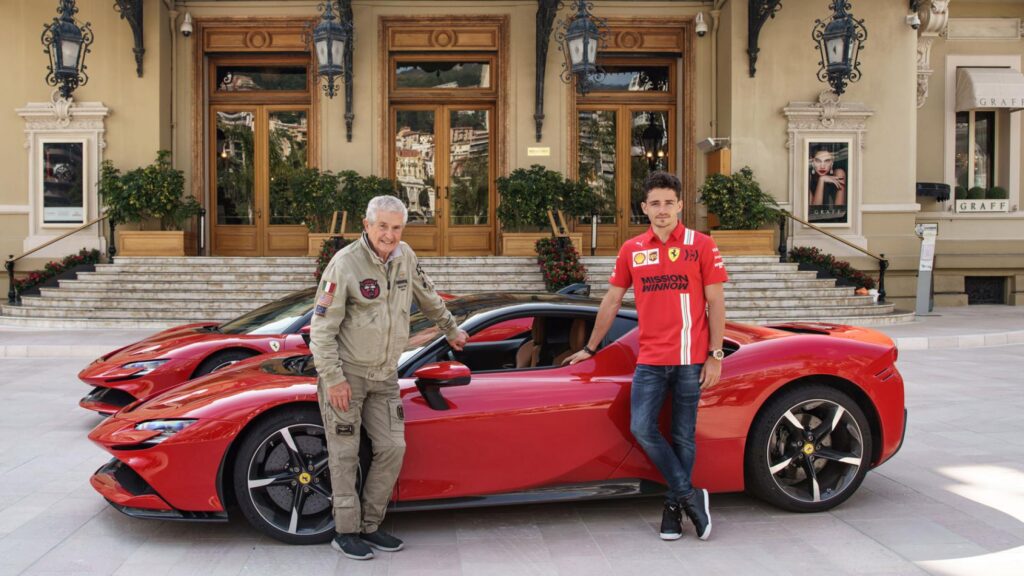 This weekend would have marked the 78th annual Monaco Grand Prix. Although the Principality’s streets were noticeable free of cars, crowds and excitement, Charles Leclerc still managed to get behind the wheel of a Ferrari SF90 Stradale to speed around a few laps of world’s most notorious circuit.

The Scuderia Ferrari driver raced around Monaco’s circuit between 7 and 9 am on Sunday morning. Director Claude Lelouch shot the action for his latest short film, which will mirror one he made in 1976 set in Paris.

Prince Albert II of Monaco guest-starred in the filming, joining Leclerc in the passenger seat for a few laps at a top speed of 240 km/h. When he met Leclerc at the car, they greeted each other with their elbows rather a handshake. Some fifty commissioners of the Automobile Club de Monaco were present to watch the filming, as well as various members of the police force along the 3 km track.

Shooting the scene was organised last-minute. Just a week before filming, Lelouche was asked if he wanted to film something given the postponement of the GP.

Pierre Casiraghi, son of Princess Caroline of Monaco, also had the opportunity to complete two laps before Leclerc. Whereas he completed the lap in two minutes and ten seconds, Leclerc finished in one minute and 51 seconds.

Although Leclerc was alone on the real track, the simulated one was bustling with action. At the Virtual Monaco Grand Prix, Charles Leclerc took 3rd place. He was defeated by British driver George Russell and Mexican Esteban Guttiérrez.

The film Le grand rendez-vous will be unveiled on 13th June on Canal+.

Last week, the Automobile Club de Monaco announced that the biennial Historic Grand Prix will be organised in the spring of 2021, one year after its it was cancelled due to Covid-19. Monaco will thus hold three motor races in the space of five weeks in next year: the Historic Grand Prix would be held on April 25, 2021, with an all-electric Formula E eprix on May 8 and then the return of Formula One on May 23.