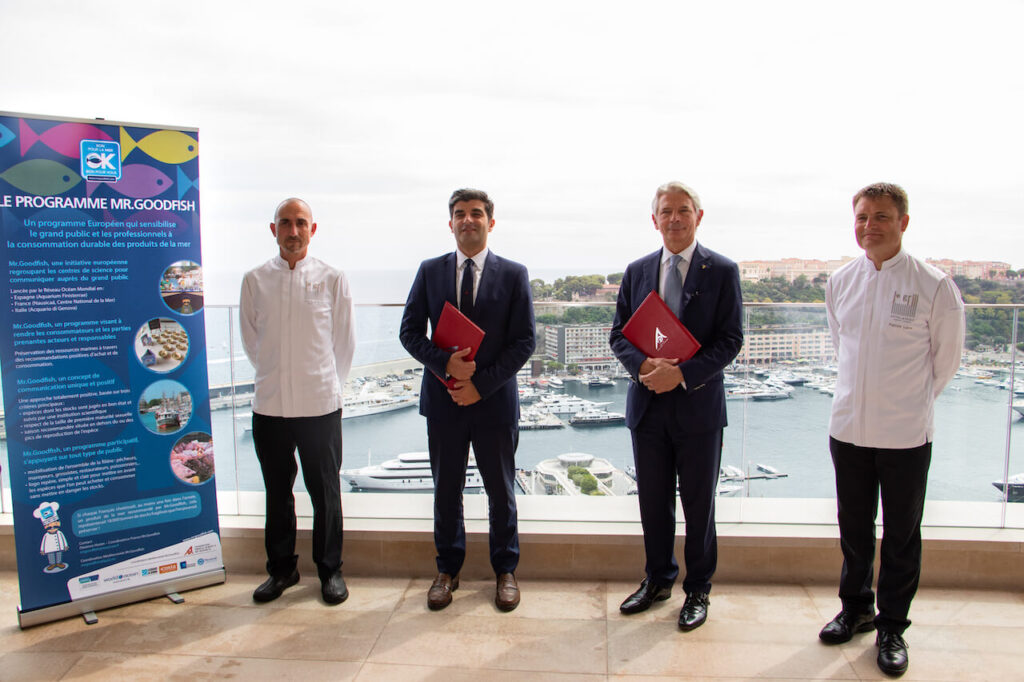 All the Hotel de Paris Monte-Carlo restaurants have now committed to promoting on their menus the fish species specifically recommended by the Mr. Goldfish lists. All dishes prepared with sustainably fished seafood will be highlighted with an icon.

A new step towards sustainability

“Our goal is to be part of a broader movement to bring about positive change in mentalities and recognise the importance of caring for our planet on all levels,” commented Ivan Artolli, the director of the Hôtel de Paris Monte-Carlo. In 2019, the hotel was awarded the Green Globe Certification which recognises high sustainability standards in tourism businesses.

Started in 2010, Mr. Goodfish is a European program which aims to increase public and business awareness of sustainable seafood consumption. Since 2013, the Prince Albert II of Monaco Foundation is in charge of the program’s organisation in Monaco and in all of South-East France. The Hôtel de Paris Monte-Carlo joins several other Monaco establishments who are already part of the program, such has the Hôtel Hermitage Monte-Carlo, the Monte-Carlo Bay Hotel & Resort, the Thermes Marins Monte-Carlo and the Café de Paris Monte-Carlo.