From Grace Kelly’s taxi to plane without wings: our must-sees from Prince of Monaco Car Collection 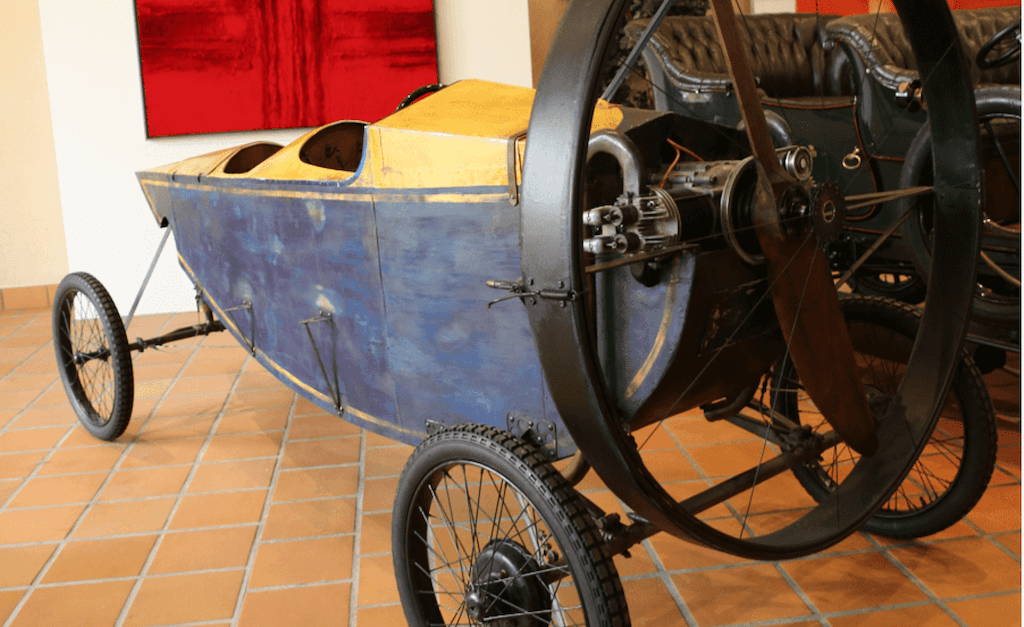 The Car Collection of H.S.H. the Prince of Monaco spans 12 decades and is sure to turn some heads. Here are five cars that shouldn’t be missed.

Started in the late 1950s by Prince Rainier III and subsequently extended by his son Prince Albert II, the car collection now counts a hundred something vehicles spread over 5,000 m². From horse-drawn carriages to Formula 1 single-seaters, there really is something for everyone.

The collection started with the purchase of a 1903 De Dion-Bouton, which is also the oldest car in the collection. Prince Rainier III bought it from a student. He famously drove it in 1968 during the 72nd anniversary of the London-Brighton vintage car race. He ran the 60 km rally with his wife Princess Grace, and Caroline and Albert in the back seat. Unfortunately for the princely family, the car broke down and they were never able to finish the race.

The most original car

Named after its French engineer Marcel Leyat, the Leyat Helica is right out of a comic book. Also known as “The plane without wings”, the vehicle is equipped with a small engine and a large propeller. Very light (only 225 kg) and fuel-efficient, in its time the car could reach 110km/h. However innovative, the design never really picked up: the combination of the unusual driving mode, inconveniences linked to noise, dust and in particular the danger of the propeller, led to the car’s limited success.

Thinking they would be rather useful in Monaco, Princess Grace brought a cab back to the Principality after finishing a film shoot in England. Grace used the vehicle to take her children to school, to sports lessons or to the doctor’s. The interior was personalised at her request and two small cushions were added on the back seats.

As a child, Prince Albert had a soft spot for the luggage compartment, which is located at the front of the taxi, and he would often sit there when in the car. In order to make sure the Sovereign didn’t fall out, the driver would hold Prince Albert by the arm while driving.

The car with that is a piece of history

This car has seen more heads of states than any other car in the collection. Prince Rainier III had the Chrysler Imperial shipped from the United States to welcome Grace Kelly on her arrival at Monaco’s port on 12 April 1956. This same car would be used a few days later in the official wedding procession. It was also there to welcome Charles de Gaulle on 23rd October 1960, during the French president’s official visit to Monaco. At the time, tensions were high between the Principality and France. It was last used in July 2019, for the wedding of Louis Ducruet, son of Princess Stephanie.

In 1958, the Régie Renault unveiled its new masterpiece: a coupé cabriolet designed by legendary Italian car designer Pietro Frua. The Renault Florida was intended for the American market, where it went by the name of Renault Caravelle. Renault hoped the car would be able to rival the popularity of the Volkswagen Beetle. Synonymous with French glamour, the car was famously given to Brigitte Bardot and… Princess Grace.

The Sovereign’s favourite car is on display in its original condition, including original white tyres, a pristine finish and the beautiful “Borneo” green.