Jean-Luc Biamonti: the SBM has a “very difficult winter” ahead 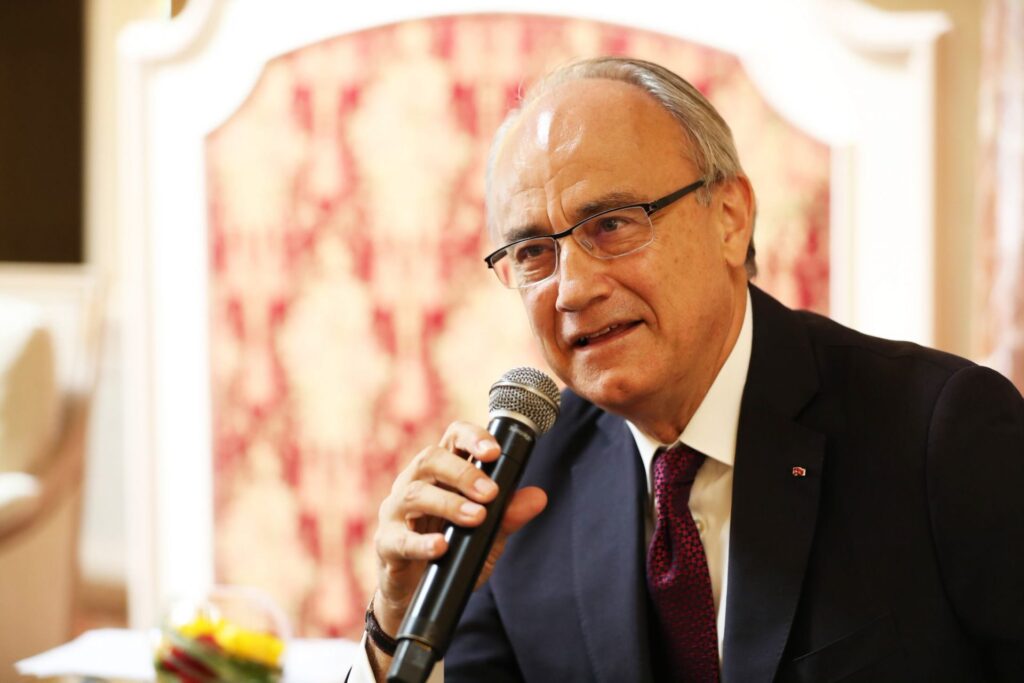 During a press conference at the Hotel Hermitage, Jean-Luc Biamonti, president of the Société des Bains de Mer (SBM), assessed the current situation facing the SBM. While the pandemic has not been catastrophic for Monaco’s largest employer, Mr. Biamonti’s forecast for the future isn’t of the most optimistic.

They expected 2020 to be a record-breaking year. Following steady growing profits for several consecutive years, the SBM’s recent economic recovery has been thwarted by the Covid-19 pandemic. The SBM is the governing body in charge of Monaco’s biggest hotels and casinos, and Monaco’s biggest private employer.

Before the pandemic, the SBM’s turnover was flourishing – 619,9 million euros compared to 526,5 in the previous year, equivalent to an 18% growth. All of the company’s sectors were on the rise. Then, came the pandemic. The SBM’s forecast is clear: after a “mediocre” summer, Jean-Luc Biamonti expects a “very difficult” winter.

At the moment, the situation is dire enough for there to be talk of imminent cuts: “We are thinking about it and might have to go through with it. I cannot guarantee that there won’t be any financially restrictive measures in the following weeks and months,” said Jean-Luc Biamonti at the press conference. All of the company’s investments are currently halted.

One of the most affected sectors is the gaming industry, which has suffered a 63% turnover drop. Such losses are largely explained by the lack of foreign tourists, whose absence was particularly felt in the Casinos’ private gaming rooms. While the Monte-Carlo Casino and the Casino of the Café de Paris remain open and do not seem threatened by the situation, both the Sun Casino and the Monte-Carlo Bay Casino are not expected to reopen anytime soon.

There have been rumours that the Hotel Hermitage would be either closed or transformed, but at the press conference Jean-Luc Biamonti was quick to dismiss such allegations. “The Hermitage is a hotel and that’s not going to change,” he said. Yet, it would probably be more profitable for the SBM to convert the hotel to a renting complex. The SBM’s renting revenue is on the rise, with a 34-million-euro profit, following the progressive leasing of the One Monte-Carlo flats and the new retail spaces at the Hôtel de Paris and in the One Monte-Carlo complex.

As for a wave of pandemic-related firing, Mr. Biamonti insisted that there had been no such thing. However, he did admit that several seasonal and casual employees had had to be cut. With 4,000 employees, the SBM is Monaco’s largest private employer. Following the pandemic, in order to avoid partial unemployment and over-burdening the Government, most of the SBM’s workers were transferred to the company’s other establishments, such as the Monte-Carlo Beach. MR. Biamonti also confirmed that 19 cases of coronavirus had been recorded within the company and that health measures had been diligently respected throughout the company.

One of the driving forces of Monaco’s economy, the Société des Bains de Mer will continue to organise events over the coming months. “We will do everything possible to ensure that people do come to Monaco and feel safe here. As far as is possible and in full respect of health guidelines, we will make sure that Monaco remains an exception amongst other countries,” Mr. Biamonti said.